Environmentalists hoping to move voters on the issue of climate change have adopted a familiar-sounding strategy: Think globally, act locally.

With little sign that concern over climate change will be a top issue for voters in the midterm elections, some groups are instead targeting a Republican who has questioned climate science despite his congressional district being hit by devastating wildfires.

Environmental groups have harshly criticized McClintock for the remarks, noting that the nearby Ferguson Fire burned nearly 100,000 acres earlier this year and his district is home to a winter sports industry threatened by rising temperatures.

“It’s a really inappropriate and incorrect and abundantly clear sort of screed against everything related to trying to tackle the climate crisis,” says Adam Beitman of the Sierra Club. “This has been his thing for awhile.”

To be sure, it’s still an uphill battle. Cook Political Report lists the district as “likely Republican,” meaning Democrats are unlikely to flip it barring a major Democratic wave. But environmentalists already struggle to bring climate change to the forefront in elections, so tying it to local concerns may prove more effective in some cases.

It’s something of a paradox in American politics. Polls show that more than 60% of Americans believe that climate change is happening, it’s caused by human activities and its effects can already be felt, and those numbers hit a three-decade high in 2017, but almost none say that it’s the most important problem facing the country.

But while scientists broadly agree that humans are the prime driver of the rapid recent rise in global temperatures, many Republican lawmakers remain skeptical. President Donald Trump, who regularly called climate change a “hoax” in the past, said in a “60 Minutes” interview that aired Sunday that he’s not sure that it could be part of a broader natural cycle — an argument scientists roundly reject.

McClintock made similar arguments in the two debates.

“The climate has been changing for four and a half billion years,” McClintock said in a Sept. 23 debate with his Democratic opponent. “The extent to which human activity has a role to play is being hotly debated right now.”

He offered a similarly inaccurate statement during an Oct. 8 debate hosted by KQED. “There’s no question that global temperatures have been warming on and off since the last ice age,” he said. “The question is what are we going to do about them.”

In response to McClintock, the Sierra Club launched an anti-McClintock campaign that includes social media and digital ads, and the group named him a “fossil fuel fool.” McClintock’s opponent — Democrat Jessica Morse — has called the issue a matter of “life and death” for the district. And the group Red to Blue California, a Democratic political action committee, spent $175,000 on advertising critical of McClintock’s response to the wildfire. “California is burning,” a narrator says in a Red to Blue ad. “But Republican Tom McClintock voted repeatedly against fire protection and relief.”

Republicans in other competitive districts have faced similar targeting. Dana Rohrabacher, who represents part of California’s coastal Orange County, has for years questioned the science of climate change. On Oct. 10, Rohrabacher described efforts to address man-made climate change as “an excuse to control human behavior, meaning our behavior” in an unaired clip shared with TIME by American Bridge, a Democratic group. His opponent businessman Harley Rouda has launched a web ad featuring constituents worried about the issue. Cook Political Report calls that race a tossup.

In Michigan, Democratic congressional candidate Elissa Slotkin has called out her opponent, incumbent GOP Rep. Mike Bishop, for questioning the human contribution to climate change. “We can’t get serious about these issues if we don’t acknowledge the facts at hand,” she said on Twitter.

The unscientific view of climate change perpetuated by McClintock, Rohrabacher and Bishop has been controversial since global warming became a political issue in the 1990s. Still, the language stands out now not just because of the state’s climate-related disasters but also because of the shifting way vulnerable Republicans are talking about the issue. In many House races across the country, embattled Republicans have struck a more moderate tone acknowledging the scientific reality of climate change even if they do not openly support the common solutions for dealing with it like a carbon tax.

A bipartisan group known as the Climate Solutions Caucus has drawn 45 Republicans, most of whom represent districts that could swing Democratic in this year’s midterm. And, while the caucus membership has been merely symbolic for most of those members, others like Rep. Carlos Curbelo, a Florida Republican, have actually proposed substantial legislation to deal with the issue.

“We’re seeing trends in the House that should give us all hope,” Curbelo said in July of climate change legislation. 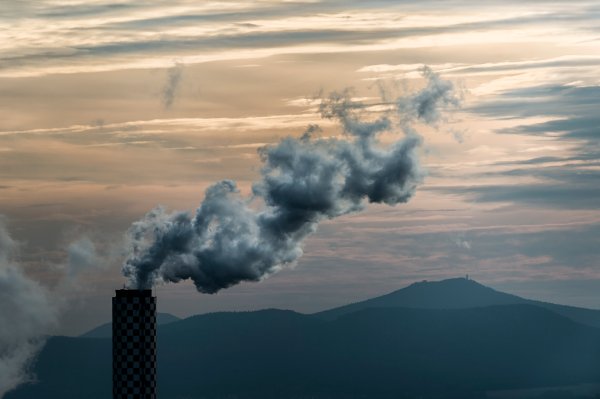 What Must Change
Next Up: Editor's Pick