Taylor Swift is making her return to the American Music Awards stage as this year’s opening performer.

The “Look What You Made Me Do” singer took to her Instagram to share the news alongside her beloved cat Meredith.

In the caption, Swift told fans that she would be performing her song “I Did Something Bad,” kicking off a night of star-studded performances and a show that will be helmed by Tracee Ellis Ross, who hosted last year’s AMAs to great fanfare. Other singers in the night’s lineup include Ciara, Missy Elliott, and Dua Lipa.

Swift, who’s nominated in four categories at the 2018 AMAs — artist of the year; favorite female artist, pop/rock; favorite album, pop/rock; and favorite tour of the year — last performed at the awards show in 2014, singing her hit song, “Blank Space.” The pop princess has taken home 19 awards from the AMAs in the past. 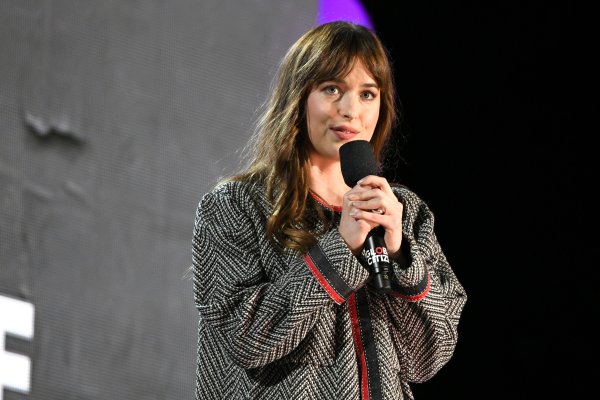 Dakota Johnson Gave Out Her Phone Number for a Good Cause
Next Up: Editor's Pick