Sony is officially giving up on laptops and desktops, announcing plans to sell its Vaio PC business to a Japanese investment group.

More interesting than the sale itself is the way it’s going to happen. Instead of just picking up where Sony left off, a new company formed by Japan Industrial Partners will drastically scale back operations after the deal goes through next month. At first, the company will only offer PCs in Japan as it retools the old business. It’s unclear when sales will expand to other regions, if at all.

Sony’s PC business isn’t some tiny operation. The company sold 7.5 million units last year, and its products are available all around the world. That won’t be the case for much longer. Sony still plans to launch its spring product lineup and support existing customers, but after that the company will stop manufacturing new PCs, discontinue sales and cut off new product design and development.

On some level, it’s sad to see Sony go. Vaio was a high-end brand in a market known for racing to the bottom. Sony famously resisted netbooks—for a while, at least–and was dabbling in pleasingly-designed ultraportable laptops before many of its fellow PC makers. More recently, Sony had pushed out some interesting Windows 8 hybrids such as the Vaio Duo 13 and the (clumsily-named) Flip PC line. Anyone who appreciates a good-looking laptop should miss Vaio’s presence on store shelves.

At the same time, it’s exciting–and kind of crazy–to see a PC maker start with a clean slate, and no objective except to sell lots of PCs. While other vendors such as Lenovo and Asus are trying to segue into the phone and tablet markets, that won’t be an option for JIP, as Sony is hanging on to its mobile device business. The new company’s sole mission will be to turn the PC into a viable, growing enterprise.

It won’t be easy, but it might not be impossible either. Although the PC market had its worst sales decline in history last year, there are signs of life at the high end of the market: During the back-to-school shopping season, the NPD group saw a 24 percent increase in sales of $700-and-up Windows notebooks. Meanwhile, Lenovo, the world’s largest PC maker, has seen its PC revenues grow thanks to more high-end products, even as unit shipments decline.

Sony was itself a maker of high-end laptops, but often pushed itself too far into luxury territory–a place that PC buyers are reluctant to go. Perhaps a new company, free of Sony’s baggage and heritage, can do better. Either way, it’s a new company entering the PC business in the post-PC era. That’s got to be something to watch.Sony Quits the PC Business. Good! 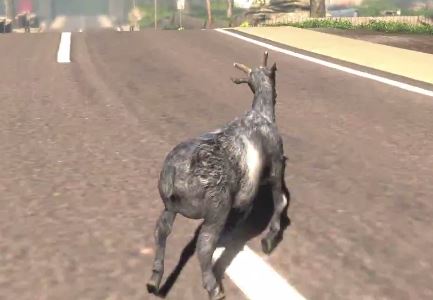 FINALLY, a Goat Simulator Video Game
Next Up: Editor's Pick