On the campaign trail, Donald Trump harshly criticized free trade deals, threatening to withdraw the U.S. from the Trans-Pacific Partnership as well as the North American Free Trade Agreement, which he called “the worst trade deal.”

He withdrew the U.S. from the TPP within days of taking office, and over the weekend announced a new deal, called the U.S.-Mexico-Canada Agreement, or USMCA, to replace NAFTA.

“I promised to renegotiate NAFTA,” Trump said in the White House Rose Garden Monday. “Today, I have kept that promise.”

Despite Trump’s rhetoric, the new agreement keeps the framework of NAFTA largely intact, maintaining the status quo of free trade between the three countries. Some of the areas that are changed actually incorporate elements on North American trade from the TPP, which was negotiated under President Barack Obama.

That’s a huge relief to a slew of industries that were rattled by Trump’s repeated attacks on NAFTA, the governments in Mexico City and Ottawa and Republicans on Capitol Hill who support free trade.

“Free and fair trade in North America … is in a much more stable place than it was yesterday,” said Canadian Prime Minister Justin Trudeau at a press conference Monday. “NAFTA will be preserved, updated, modernized and stabilized.”

There was no guarantee that the trade negotiations would turn out this way. As recently as last week, the Trump Administration signaled that it might leave Canada out of a bilateral trade deal with Mexico that would replace NAFTA. “Canada has a long way to go,” Trump said at a press conference last week. “We’re not getting along at all with their negotiators.”

The comments — combined with Trump’s campaign rhetoric — fed into a fear that Trump might disrupt the more than $1 trillion in annual trade that occurs between the three countries. That represented a huge risk for a slew of different industries and interest groups. Manufacturers rely on the cross-border supply chains that have been developed in the past two decades. Farmers have developed export markets in Canada and Mexico. And consumers have benefited from reduced prices.

With that in mind, Trump offering minor tweaks to NAFTA rather than ripping it up doesn’t upset most interest groups.

You won’t hear that from Trump though. The president called the USMCA a “much different deal” from NAFTA at a Rose Garden press conference Monday and continued to insist that the old deal had killed millions of jobs.

Still, while the new deal keeps the heart of NAFTA in place, the USMCA does include a long list of changes that will affect several different sectors. Automakers looking to avoid duties on vehicle imports will need to use a higher percentage of North American auto parts and pay workers more, a provision designed to make U.S. labor more competitive. U.S. dairy farmers will receive additional access to the Canadian market. And the deal will need to be reviewed and renewed before a 16-year period ends, a major concession to Trump’s skepticism of free trade deals.

The NAFTA negotiation follows a familiar pattern Trump has relied on to claim victory on other trade issues and in discussions with North Korea over the country’s nuclear weapons program. On NAFTA, Trump talked a big game and engaged in widely reported maneuvering that resulted in a high-profile announcement. But, as with North Korea, the substance remains largely the same.

The political consequences of the trade deal for Trump and Republicans in Congress remains to be seen, but the deal has already been received as a downpayment for future successes that Trump’s supporters hope his trade policy will yield. U.S. Trade Representative Robert Lighthizer suggested as much on Monday, calling the deal a “template” for future trade agreements as significant trade tensions remain with the European Union and, most importantly, China.

But achieving the same success elsewhere will be easier said than done. The existence of NAFTA text that largely satisfied most parties gave negotiators solid ground to build on, but no such ground exists for the U.S. relationship with China.

“The issues with China are longer term,” said a senior Administration official. “This is a great step forward for our relationship with Mexico and Canada.” 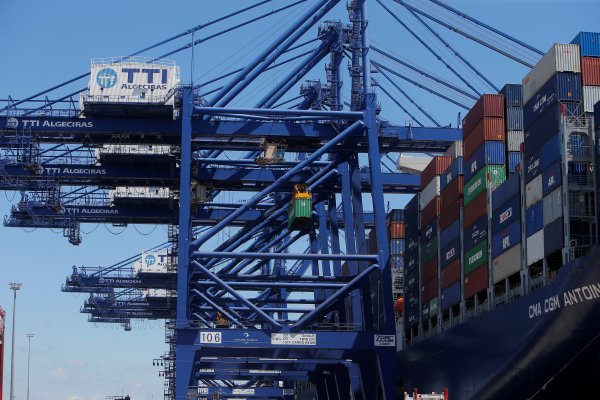