President Donald Trump’s team pushed back against reports that the White House has laid down the ground rules for a brief FBI probe into Supreme Court nominee Brett Kavanaugh.

Trump ordered the investigation on Friday into the sexual assault allegations against Kavanaugh following a request by Senate Republicans, a striking turnabout for a nominee the party had hoped to power through the chamber and onto the nation’s top court by early this week.

The probe, though, will be limited in scope in ways determined by the White House, a person familiar with the proceedings said on Saturday. That includes not following up on claims of sexual misconduct by Kavanaugh from a third woman. The nominee’s alcohol use may also reportedly be off-limits.

Not true, said White House senior counselor Kellyanne Conway. “The White House is not getting involved in the FBI investigation in that way,” she said on CNN’s “State of the Union.” “The president very much respects the independence of the FBI.”

“The Senate is dictating the terms,” she said on Fox News Sunday, adding she was not “aware of” any directives from White House Counsel Don McGahn, and adding that senators would need to answer questions about any limits they might have placed.

Conway and Sanders both characterized the week-long probe as not meant to be a fishing expedition. Sanders added that the White House didn’t expect significant new allegations to arise in the FBI investigation given six prior background checks into Kavanaugh.

Three Senate Republicans sided with Democrats on Friday in seeking the extended federal background probe of Trump’s second high-court pick. Senators Jeff Flake of Arizona, Lisa Murkowski of Alaska and Susan Collins of Maine forced the hands of Republican leaders in seeking the delay, because Kavanaugh must have the support of at least two of them to win confirmation in a chamber Republicans govern, 51-49.

The about face came after Thursday’s raucous Senate hearing where Kavanaugh forcefully and tearfully denied claims by California professor Christine Blasey Ford that Kavanaugh sexually assaulted her in high school.

Kavanaugh on Friday continued to defend himself and said he will be cooperating with FBI investigators.

On Thursday, the Judiciary committee heard Ford testify that she’s “one hundred percent” certain Kavanaugh attacked her in 1982 when they were teenagers, describing in detail being held down on a bed at a drunken high school gathering. She described “uproarious laughter” by Kavanaugh and his friend Mark Judge, who’s said he doesn’t recall such an incident.

Asked to square the accounts of Ford, whom Trump described as “a very credible witness,” Conway said “I think they could both be right.”

“I think something terrible could have happened the same summer she and I were 15, and that Judge Kavanaugh was not involved,” Conway said. Trump’s former campaign manager revealed that she had been a victim of sexual assault.

A second woman, Deborah Ramirez of Colorado, claims Kavanaugh exposed himself to her at a drunken party when they were freshmen at Yale. In the most lurid allegation yet, a third woman, Julie Swetnick, has said in a sworn statement that Kavanaugh took part in efforts during high school to get girls intoxicated so that a group of boys could have sex with them.

The American Bar Association and Heather Gerken, dean of Yale Law School where Kavanaugh earned his law degree, called for a delay in Kavanaugh’s confirmation to allow an investigation. 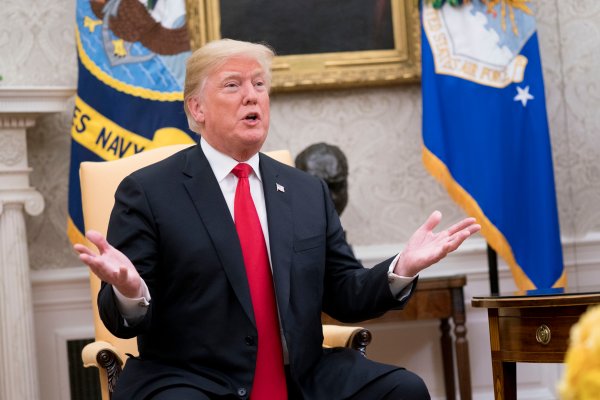