White House advisor Kellyanne Conway revealed that she is a victim of sexual assault on CNN Sunday morning.

Conway brought up her own experience while discussing the outcry over the multiple allegations of sexual misconduct that have been made against Supreme Court nominee Brett Kavanaugh, who defended himself at a Senate Judiciary Committee hearing earlier this week.

“I don’t expect Judge Kavanaugh or Jake Tapper or Jeff Flake or anybody to be held responsible for that,” she continued. “You have to be responsible for your own conduct.”

Tapper told Conway he was “deeply, personally very sorry” for what she had gone through, acknowledging she rarely brought up her personal life, but did not shy away from saying that her boss, President Donald Trump, has been accused of sexual misconduct by more than a dozen women.

“You work for a president who says that all the women who have accused him are lying,” he responded.

Conway told him not to “conflate” her experience with the allegations against Trump, saying the varying degrees of sexual misconduct allegations should not be treated equally. Tapper pointed out that the Trump accusations are relevant to the conversation — the president has said his own experience being accused of sexual misconduct informs his view on the current situation facing Kavanaugh, his Supreme Court nominee.

Conway pushed back, saying that while she believes accusers should be heard in a court of law, “We do treat people differently… based on their politics and their gender and that is a huge mistake,” she said.

Conway has previously said she was a victim of sexual assault, telling the media in December that she had had her own #MeToo moment, but said that “no one cared” when she talked about her own experience because of her politics. 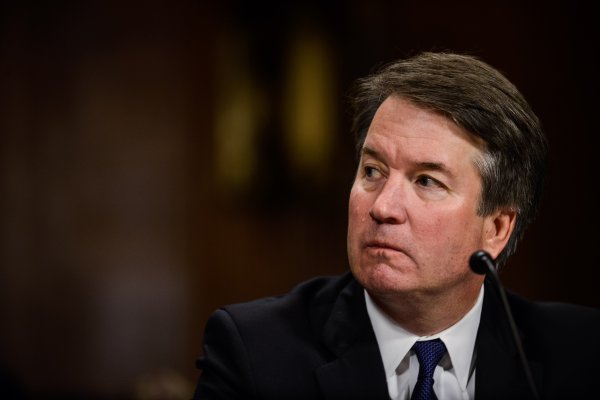