A New Hampshire man has grown the largest pumpkin ever recorded in U.S. history – weighing in at an astounding 2,528 pounds.

Steve Geddes of Boscawen, N.H., won $6,000 in prize money this week at the Deerfield Fair for his first place pumpkin.

In 2016, Mathias Willemijns of Belgium, set the current world record with a pumpkin that tipped the scales at 2,624 pounds, according to the Guinness World Records. 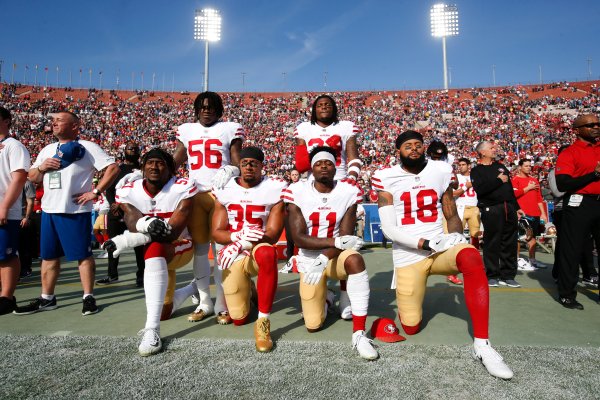 Texas Attorney General Supports Expulsion of Student Who Refused to Stand for Pledge of Allegiance
Next Up: Editor's Pick