The U.N. Will Begin Preparing Evidence of Atrocities Against Rohingya in Myanmar

The U.N. Human Rights Council voted Thursday to establish an international body that will collect evidence and prepare case files of alleged atrocities in Myanmar, where the military has been accused of committing genocide against the Rohingya Muslim minority.

Creation of the new body marks a major step toward criminal prosecution over the violence that caused more than 700,000 Rohingya to flee across the border into Bangladesh since August last year, many alleging army abuses such as arson, rape and murder.

The 47-member council voted 35 to three, with seven abstentions, to “establish an ongoing investigative mechanism to collect, consolidate, preserve and analyse evidence” of international crimes committed in Myanmar since 2011 and “prepare files… to facilitate and expedite fair and independent criminal proceedings.”

The resolution, jointly advanced by the Organization of Islamic Cooperation and the European Union, marks “an important step for justice,” Human Rights Watch Geneva director John Fisher said in a statement.

“It deals a blow to Myanmar’s deep-seated culture of impunity and moves victims closer to seeing Myanmar’s generals held to account,” he said.

The resolution comes in the wake of a damning report by a U.N. Fact Finding Mission established by the council to investigate the violence. The report accused Myanmar’s military of acting with “genocidal intent” and called for several of Myanmar’s top generals to be referred to the International Criminal Court.

The U.S. State Department released its own report this week that said the violence was “extreme, large-scale, widespread and seemingly geared toward both terrorizing the population and driving out the Rohingya residents,” but stopped short of labeling the crimes genocide.

Thursday’s resolution also expands the Fact Finding Mission’s mandate, and calls for the new mechanism to coordinate with the ICC. Earlier this month, the court ruled that it has jurisdiction to investigate the Rohingya’s deportation to Bangladesh. The ICC’s chief prosecutor has also launched a preliminary examination into the matter.

“We are appalled by what we have seen in U.N. reports about atrocities against the Rohingya who have now taken shelter in Bangladesh, which are tantamount to genocide and crimes against humanity,” Hasina told the General Assembly. “We expect the international community, particularly the U.N., to give due importance to the atrocities and injustice suffered by the Rohingya population in Myanmar.” 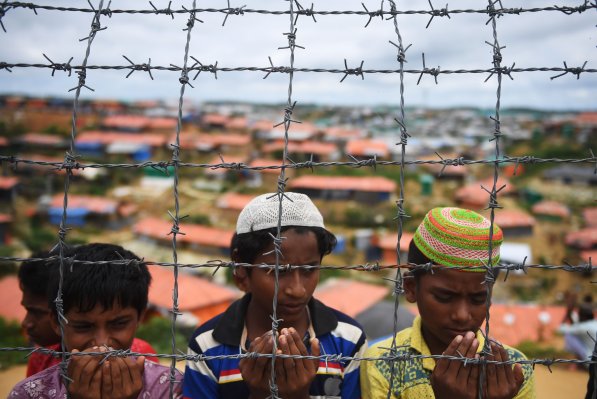 U.S.: Myanmar 'Coordinated' Violence Against Rohingya
Next Up: Editor's Pick