Sen. Lindsey Graham responded to Christine Blasey Ford’s testimony on Thursday by sending a threat to Democrats: “If this is the new norm, you better watch out for your nominees,” he said.

The South Carolina Republican has been vocal in his defense of Supreme Court nominee Brett Kavanaugh, calling for moving forward with a vote on the nomination even before Thursday’s hearing began.

While some lawmakers have said they wanted to wait to hear Ford’s testimony before making further judgments and three Republican governors on Thursday called to delay voting to confirm Kavanaugh, Graham expressed skepticism.

“If this becomes the new standard, where you have an accusation for weeks, you withhold from the committee a chance to do this in a professional timely fashion, when they publicly say to delay the vote, get the Senate back in 2018 to make sure he can’t fill the seat — they’re publicly saying that — I don’t want to reward that behavior,” Graham told reporters on Thursday.

“I think we’ve been very fair,” he added. “And to my Republican colleagues, if you can ignore everything in this record, look at an allegation that’s 35 years old, that’s uncertain in time, place, date and no corroboration, if that’s enough for you, God help us all as Republicans.”

Graham then claimed that Republicans more often get accused of sexual misconduct, but said that Democrats should be on the lookout for more accusations in the future. “‘Cause this happens to us, it never happens to them,” he said. “But let me tell you my Democratic friends: if this is the new norm, you better watch out for your nominees.” 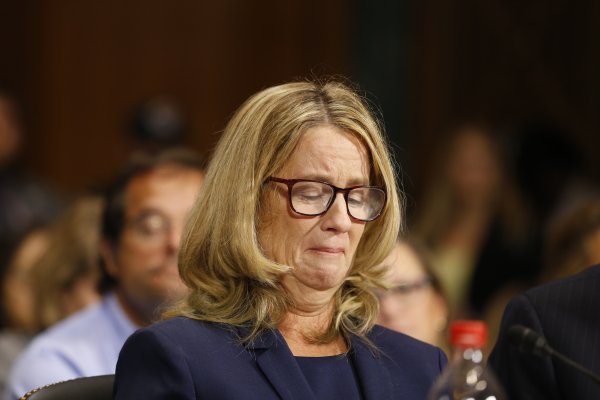