Macaulay Culkin stepped out of the Hollywood spotlight after his days as a child star, but he may be angling for a comeback now. The actor tweeted his resume to J.K. Rowling in a bid to be cast in her upcoming film Fantastic Beasts: The Crimes of Grindelwald. And who wouldn’t want to see the Home Alone star enter the Harry Potter universe? Plus, as he points out in his tweet, he has previous experience in magic thanks to his role in The Pagemaster, in which he played a boy who is turned into an animated illustration and has to fight his way back to reality by conquering fairy tales.

While Culkin tends to stay far from the Hollywood circuit these days (save for Wrestlemania), when it came to applying for a job in the Harry Potter universe, he was willing to pull a few strings in true Tinsel Town tradition. In a follow-up tweet, he tagged Fantastic Beasts star Dan Fogler and asked his reportedly real life friend to put in a good word for him with the promise of a little quid pro quo “There’s a back rub in it for you.”

“Interesting … you do have the same coloring as a the Malfoy clan…” Fogler replied.

“While I may look like a Malfoy I’m actually a Gryffindor and my patronus is a Mastiff which is a dog. So that’s cute! #MakeMeAWizard,” Culkin continued.

There’s a risk, of course, with applying to a job via Twitter in that the entire world can see you make your pitch—and weigh in to the proceedings if they so choose, like Andy Milonakis did with a sly and sad My Girl reference: 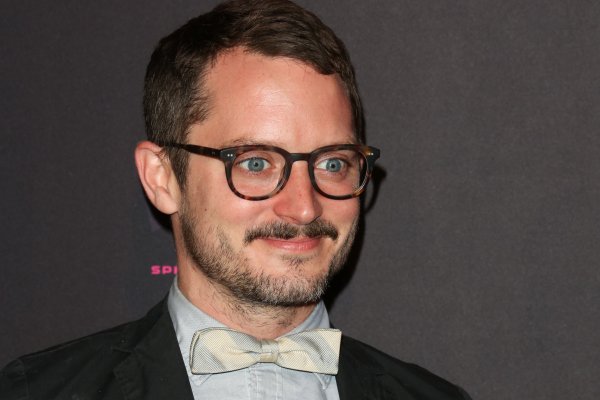 Elijah Wood Casually Rides Atop Scooter Into Meme Status
Next Up: Editor's Pick