Leave it to Kristen Bell to turn Donald Trump‘s tweets into a kind of poetry, using her iconic Gossip Girl voice.

The Veronica Mars and Good Place actress famously voiced the invisible narrator of the hit CW show during its six season run up through 2012, bringing to life the salacious rumors and questionable tidbits that kept Manhattan’s Upper East Siders — mostly the characters of Blake Lively and Leighton Meester — busy investigating.

It’s been a few years since Gossip Girl ended, of course, but Bell’s signature “XOXO” voice remains just as memorable as ever. So on her appearance on Late Night with Seth Meyers on Wednesday night, she gave some Trump tweets the glossy Gossip Girl treatment for kicks, turning the dry Twitter jabs into eyebrow-raising statements thanks to her voice acting.

While this may be the last time for a while that we hear from Bell as her Gossip Girl character, there is a different reboot in the works for her: the early 2000s show Veronica Mars just announced it’s making a comeback, once again starring Bell as the titular investigator on the cult favorite hit. It originally ran for three seasons, but will making its return on Hulu in 2019. 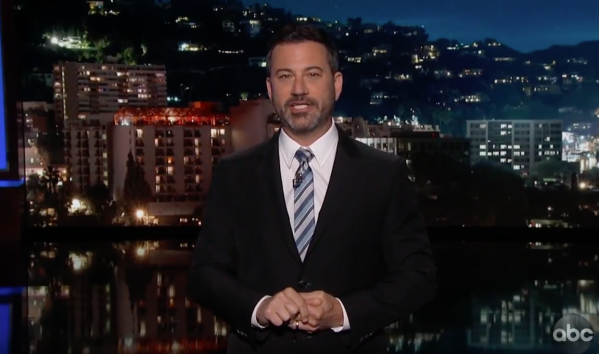 'It May Still Be Going.' Jimmy Kimmel Dedicates Entire Monologue to Tearing Apart Trump's Press Conference
Next Up: Editor's Pick