'She Knows Exactly What Happened.' Friend of Christine Blasey Ford Speaks Out Ahead of Testimony

A friend of Christine Blasey Ford, the woman who will testify publicly Thursday about her allegations that Supreme Court nominee Brett Kavanaugh sexually assaulted her when they were in high school, said her former classmate is ready for the hearing in front of the Senate Judiciary Committee.

“When she shows up today, she will be completely cooperative and ready to tell the truth,” Samantha Guerry, who went to high school with Ford, said on Good Morning America Thursday.

Ford has accused Kavanaugh of pinning her to a bed, trying to take off her clothes and covering her mouth when she tried to scream for help at a house party in 1982. Kavanaugh, who has denied all allegations, also faces sexual misconduct accusations from two other women.

Guerry said Ford felt “it was her duty to bring this forward” despite the potential for being attacked for her accusation.

“I’m not sure she wanted to be public — her letter was leaked, people started showing up at her house,” Guerry said. “She could feel that this was upon her and very sensibly decided the best thing to do at point was to come at this head on and be forthright and follow through on what she started.”

Asked about reports in which two other men have claimed they, not Kavanaugh, attacked Ford, Guerry said, “It’s not possible. I don’t know where they found these people.”

“She knew Brett. She knew who she was dealing with,” Guerry said. “She knows exactly what happened.” 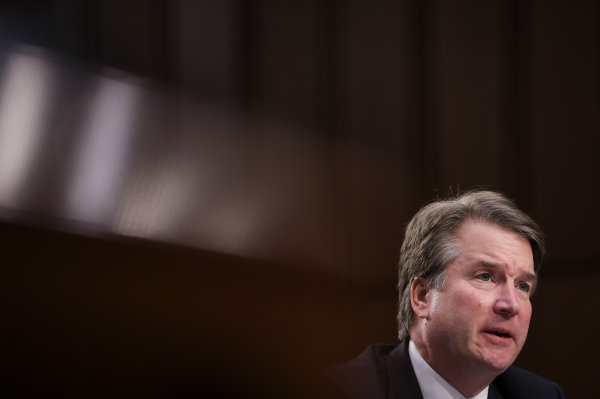