On the eve of a high-profile hearing of misconduct allegations against Supreme Court nominee Brett Kavanaugh, 1,600 men crowdfunded a full-page ad in the New York Times expressing support for the nominee’s chief accuser.

Published in the Times Wednesday, the ad pays homage to a 1991 campaign supporting Anita Hall, who accused then-Supreme Court nominee Clarence Thomas of sexual harassment. At that time, 1,600 black women listed their names in the Times in support of Hill.

Twenty-seven-years later, the men are taking a similar stand for Ford, calling for her account to be “carefully and full examined without bias or prejudice.”

Ford alleges that an intoxicated Kavanaugh attempted to remove her clothes and covered her mouth to prevent her from screaming at a high school house party in 1982. Kavanaugh, who faces additional accusations of sexual assault, has denied any misconduct.

Wednesday’s ad was organized by the Phenomenal Woman Action Campaign and Futures Without Violence, a nonprofit that aims to end domestic and sexual violence. Extra money raised by the $100,000 crowdfunding campaign will be donated to violence prevention programs, according to the organizers.

“For decades, a culture of misogyny has allowed men to act with impunity and without consequence. We demand an end to that culture…That is why we are speaking out today,” the ad’s text reads.

It concludes by quoting Hill, who recently wrote, “There is no way to redo 1991, but there are ways to do better.”

Read a full list of the ad signatories here. 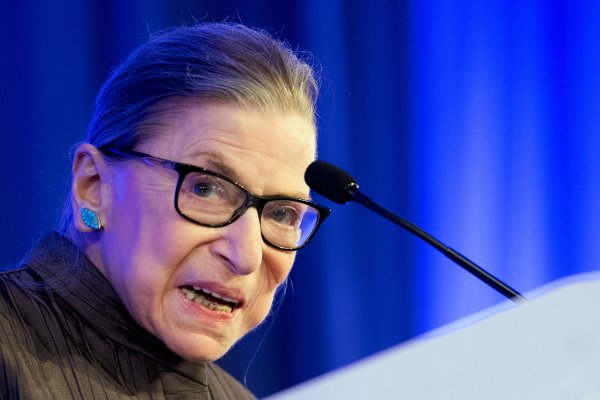