A Star Is Born Again and Again. Here's Why Bradley Cooper Finally Got It Right

Moviegoers often dismiss Hollywood’s penchant for remaking old pictures as a failure of imagination. But given how drastically women’s roles in society, and within their marriages, have changed in the past century, we should consider ourselves lucky that, every 20 or 30 or 40 years, a filmmaker comes around to reconsider the essence of A Star Is Born. What happens when a woman’s career ascends just as her romantic partner’s tumbles into decline? Should she feel compelled to fold herself up into a smaller, more space-saving unit to protect the dignity of her man? And just how far can she can go without losing herself altogether?

Maybe that’s why A Star is Born has been reborn again and again: We may think we’ve outgrown certain notions about the stresses of power and success in a relationship (and of course it’s not always just men whose egos are threatened). But as society changes, there’s always some shift in the conversation that’s worth exploring, and melodrama—a genre that cradles every version of A Star is Born, including the new one by writer-director Bradley Cooper—is a wondrous means of teasing out ideas we don’t always want to talk about outright. Insecurity, envy, generosity in love that nevertheless has the potential to disintegrate into self-centered or destructive acts: Melodrama allows us to look into the most shadowy corners of our lives and our relationships. Even in the deliberate, restless exaggeration inherent in melodrama, there’s always some fine gradation of truth.

In this new A Star Is Born, Cooper plays a fading, alcoholic country star, Jackson Maine; Lady Gaga is Ally, the woman he loves, a low-key singer-songwriter who becomes a pop powerhouse thanks, in part, to that love. The setting is new, but we can trace the basic the framework to George Cukor’s 1932 What Price Hollywood?, adapted from a story by Hollywood scribe Adela Rogers St. Johns. In that film, Constance Bennett plays an aspiring actress who works as a waitress at Hollywood’s legendary Brown Derby; it’s there that she meets a powerful film producer (Lowell Sherman) who, though he drinks to excess, is motivated by decency. He helps his protégée achieve stardom, believing in her talent wholeheartedly. And though he loves her, he steps out of the way when she’s first wooed, then wed, by a dashing polo player; he fears his drinking problem will tarnish her career.

Bradley Cooper and Lady Gaga as Jackson Maine and Ally in "A Star is Born".
Peter Lindbergh — Warner Brothers

Though the plot details aren’t exactly the same, What Price Hollywood?—a story of male self-sacrifice so intense that, given the frailty of the male ego, it can’t be sustained—laid the groundwork for William Wellman’s 1937 A Star Is Born. In that picture, Janet Gaynor’s sensible sweetness balances Frederic March’s rakish élan. There is one potentially tricky problem with the basic Star Is Born template: The men are lively, charming drunks, a great deal of fun in their soused state, and the actors playing them often threaten to eclipse their female co-stars without even trying. They give us pleasure, at least at first, while the women give us principled empathy. The men are the drama queens, while the women remain staunchly sensible. Pauline Kael was hip to this problem in her review of the dismal 1976 A Star Is Born, citing what she saw as a flaw in the whole concept. “There’s a trap built into the story of A Star Is Born, and though just about everybody who has worked on the various versions must have been aware of it, each picture, in turn, falls into it,” she writes. “The story is about the marriage of a fading, boozing male star to a woman who’s rising, and while the man is glamorously, tragically self-destructive, the Cinderella heroine is so hardworking, loyal and untemperamental that she’s insufferable.”

Kael is right to a point: The male sacrifice in every version of A Star Is Born is glamorously tragic, and the dewy selflessness of the female co-lead at times veers close to masochism. But then, this type of hyperfictionalized masochism—a portrayal of love kicked into overdrive, to the point where one partner is so entangled with the problems of the other that she can’t tell where she leaves off and he begins—is one of melodrama’s most dramatically useful threads. (It’s also one of those don’t-try-this-at-home things—pleasurable and even healthfully cathartic in fiction, but not in real life.)

Bradley Cooper as Jackson Maine in "A Star is Born".
Warner Brothers

And you can’t really lump all the A Star Is Born actresses into a single category of dullness or blind loyalty: Gaynor, for instance, shows some verve beneath all the expected sweetness, even if it’s March—at first dashing, then totally destroyed—you really feel for. As performers, these two are relatively well matched. The version of A Star Is Born that followed—Cukor’s 1954 revisiting of the material he had tackled earlier—is a more complicated case. This time, it’s Judy Garland doing the rising and James Mason doing the falling. They’re a fascinating duo, but a disorientingly complex one: Each outperforms the other in different ways. Garland, belting and high-kicking her way through a prismatic assortment of musical numbers, is captivating—but she’s so aggressive, even within her quivering vulnerability, that what she achieves is a kind of movie-entertainment hostage-taking. Mason’s approach has more varied color tones: He plays the generous, if flawed, spouse with Shakespearean nobility, at one point regaling his partner with a meta-speech about the mysterious nature of talent. “You’re better than you know,” he tells her definitively, in that characteristically Masonian half-warm, half-cool tarnished-sterling voice, and his message is a roar of tenderness. Mason wins the movie’s soul, even as Garland’s got it by the jugular. Both are formidable.

The big dud of all the Star Is Born adaptations is Frank Pierson’s 1976 version, in which Barbra Streisand turns Kris Kristofferson into literal and figurative roadkill: Her grand gestures squish his gentle perceptiveness as if it were a bug. (He’s so good, though, that the movie is worth watching just for him.) Who knows if she’d agree, but Cooper’s A Star Is Born may be an unintentional corrective for Kael’s problems with the basic material: Cooper gives a terrific, appealing performance as the sozzled Jackson, who has “stolen” the voice of his brother, an even more gifted performer, played by Sam Elliott. (Cooper plays the whole movie in a vocal range that mimics the smokiness of Elliott’s.)

Kris Kristofferson and Barbra Streisand on the set of "A Star is Born".
Sunset Boulevard/Corbis via Getty Images

Cooper’s performance follows the general thread laid down by his predecessors: His character’s generosity dissolves into an unholy mess before our eyes. But Gaga takes a different path, a more jagged one. She has none of Gaynor’s inherent sweetness, none of Garland’s perpetually vibrating faux-naïveté and none of Streisand’s dictatorial swagger. Her Ally is patient with Jackson, as the nature of the material dictates. The larger-than-life Gaga has come down to Earth to play a mere mortal, and she does so beautifully. And like every other version of the character, she staunchly refuses to marry this drunkard of a man until he promises to clean up his act. You believe she means business.

Yet Ally’s protectiveness of Jackson has a fire not seen in the earlier versions. It’s almost as if, in this role, Gaga is fighting to underscore that this kind of conflict—a situation in which a woman, thanks to her own hard work and drive, becomes more famous and makes more money than her husband does—is more relevant than ever. It’s certainly much less of a novelty now than it was in 1933. The gender wage gap may be narrowing, but it’s still a wide gulf, and women still have to work hard to be recognized in a world dominated by men. That’s why the Star Is Born scenario seems perfectly believable in 2018. Success can still exact a price from women that men just don’t have to pay. But if we’ve earned it, we have to own it—and melodrama, a genre of rapturousness and suffering, of high highs and low lows, is all about owning. If we find it hard to make new melodramas—at least ones not derived from comic books—we may as well reinvigorate some old ones. The template is already there; why not reuse it? 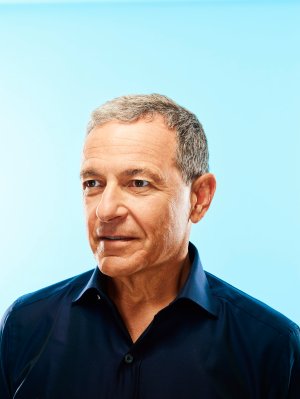 Bob Iger’s Bets Are Paying Off Big Time for Disney
Next Up: Editor's Pick