President Trump said Wednesday that the many sexual misconduct allegations against him have “absolutely” affected how he views the claims of sexual assault against Supreme Court nominee Brett Kavanaugh.

Trump has been accused of sexual misconduct by at least 18 women in incidents spanning from the early 1980s to 2013. He has denied the allegations.

At press conference Wednesday, Trump said the accusations against Kavanaugh are part of a “Democratic con game” and praised Kavanaugh as “one of the highest quality people that I’ve ever met.”

Christine Blasey Ford — who accused Kavanaugh of holding her down on a bed at a high-school party, putting his hand over her mouth and trying to remove her clothes — is scheduled to testify before the Senate Judiciary Committee on Thursday, as is Kavanaugh.

“So when you say does it affect me in terms of my thinking with respect to Judge Kavanaugh, absolutely,” Trump said. “Because I’ve had it many times.”

Three women have now accused Kavanaugh of sexual misconduct in incidents that took place when he was in high school and college. Kavanaugh is scheduled to testify Thursday before the Senate Judiciary Committee, where he plans to continue to deny the accusations against him.

When asked whether he thought the women accusing Kavanaugh were liars, Trump said: “These are all false to me. These are false accusations in certain cases.”

Trump also repeated claims that he “never met” the women who have accused him sexual misconduct, even though photo evidence refutes that in some cases.

“I’ve had numerous accusations about me. I mean they made false statements about me, knowing they were false,” Trump said, claiming there were “four or five women who got paid a lot of money to make up stories about me.”

It is not clear which “four or five women” Trump was referring to. Last year, The Hill reported that attorney Lisa Bloom set up a GoFundMe account in 2016 to help Jill Harth — who said her business suffered after a 1997 federal complaint in which she accused Trump of groping her became public during the presidential campaign. One donation helped Harth pay off her mortgage. But both Harth and Bloom have denied that the financial assistance had any affect on the veracity of her claim, which was first made in 1997. 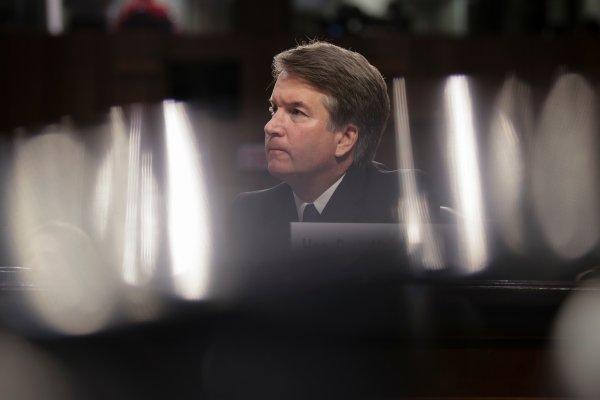