Senate Minority Leader Chuck Schumer and all 10 Democrats on the Judiciary Committee called for Kavanaugh to withdraw his nomination on the same day that Julie Swetnick said in a sworn statement that he was present at a party in which she was gang raped. Kavanaugh vehemently denied the claim, calling it “ridiculous,” but Democrats expressed doubts.

“The standard of character and fitness for a position on the nation’s highest court must be higher than this,” the committee’s Democrats wrote in a letter to President Donald Trump. “Judge Kavanaugh has staunchly declared his respect for women and issued blanket denials of any possible misconduct, but those declarations are in serious doubt.”

The claim came days after California professor Christine Blasey Ford alleged that as a teen-ager Kavanaugh held her down, put his hand over her mouth and tried to remove her clothing at a house party and Yale student Debbie Ramirez alleged that Kavanaugh exposed himself to her at a party in college.

But while Democrats said the allegations raised serious questions about Kavanaugh, Republicans were raising doubts about the lawyer who brought Swetnick’s claim forward.

“I’m a huge believer that everyone have the right to be heard on every accusation like that, [but] I’m certainly not very trustworthy of that lawyer,” he said.

Senator Lindsey Graham, who sits on the Judiciary Committee, was more explicit.

“I very much believe in allowing people to be heard,” Graham concluded. “But I am not going to be played, and I’m not going to have my intelligence insulted by the Michael Avenattis of the world.”

Democrats also took issue with the fact that Grassley had already scheduled a tentative committee vote for Kavanaugh on Friday, despite the fact that there are no plans at the moment for the committee to hear testimony from Swetnick or Ramirez, both of whom have said they would be willing to testify.

Blumenthal argued that there should be another hearing after an FBI investigation. Republican Sen. Chuck Grassley, who chairs the committee, said that Thursday’s hearing was still scheduled to take place, arguing that cancelling it would be unfair to Ford. But he did not rule out the possibility of additional hearings.

Even if there are no additional hearings and Republicans hold a vote on Friday, its unclear if they will have the numbers to confirm Kavanaugh. With a razor-thin Senate majority — the current composition of the chamber is 51-49 — Republicans can only afford one defection assuming the Democratic caucus holds together. (In that case, Vice President Pence would break the tie.)

The Senators deemed most likely to break with their party are Alaska’s Lisa Murkowski, Maine’s Susan Collins, Arizona’s Jeff Flake and possibly Tennesee’s Bob Corker. Murkowski did not weigh in with a public statement Thursday; Collins told CNN that the allegations should be investigated by the committee and that she takes them very seriously; Corker told reporters Wednesday morning he did not know enough about the latest allegations to comment.

Flake made the most public pronouncement of the possible swing votes. In a closely watched speech on the Senate floor, he said he would decide how to vote after Thursday’s testimony, but lamented that the biggest revelation from the entire process was the brokenness of the political system.

“However this vote goes I am confident in saying it will forever be steeped in doubt,” said Flake. “This doubt is the only thing about which I am confident about the process.” 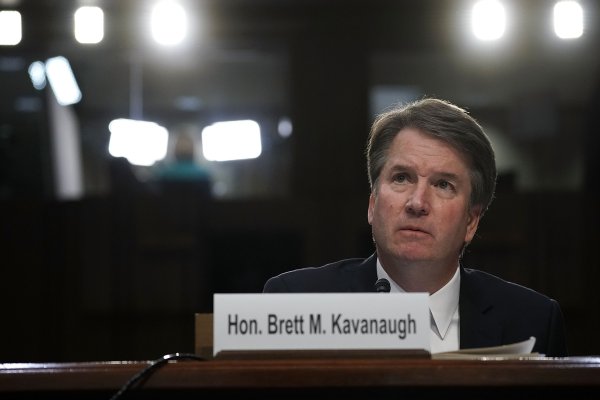 Negotiations Remain Tense as the Kavanaugh Hearing Draws Near
Next Up: Editor's Pick