During their very first conversation in Harry Potter and the Sorcerer’s Stone, Dumbledore tells Harry that he sees himself holding a pair of thick, woolen socks when he looks in the Mirror of Erised. However, as J.K. Rowling’s series progressed, it became clear that Dumbledore’s deepest desire probably had nothing to do with cozy foot accessories.

Now, thanks to the Fantastic Beasts franchise, it appears fans may finally get to see what the magical Mirror truly showed Hogwarts’ most beloved headmaster. In the final trailer for the forthcoming Fantastic Beasts: The Crimes of Grindelwald—the second installment in the planned five-film series—Dumbledore (Jude Law) is shown pulling a sheet off of the Mirror and gazing into it.

The preview then cuts to a quick shot of an even younger Dumbledore (Toby Regbo) peering at a younger Grindelwald (Jamie Campbell Bower) in the Mirror—both Rebgo and Campbell-Bower are reprising their roles from the Harry Potter and the Deathly Hallows movies—before Law’s Dumbledore is shown looking at a reflection of Johnny Depp’s Grindelwald.

This seems to indicate that Crimes of Grindelwald may include a long-awaited flashback to Dumbledore and Grindelwald’s time together in Godric’s Hollow and perhaps even the tragic death of Dumbledore’s sister Ariana.

However, this isn’t to say that Dumbledore’s deepest desire didn’t change over time. During a 2007 web chat on Bloomsbury.com, Rowling revealed that what he really saw when he looked in the Mirror in Sorcerer’s Stone was something very similar to Harry’s own vision.

“He saw his family alive, whole and happy,” she explained. “Ariana, Percival and Kendra all returned to him, and Aberforth reconciled to him.” 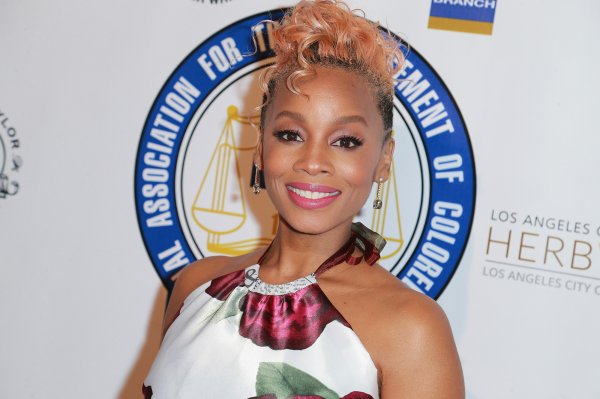