Just ask this Kiwi kayaker, Kyle Mulinder, who happened to be in “the wrong place at the wrong time” to get slapped directly in the face by an octopus wielded by a seal.

Yes, you read that right: a seal had an octopus in its mouth in the midst of a battle royale of marine creatures. The seal emerged from the water flailing around with the octopus, which ended up hitting the unsuspecting kayaker in the face while he was out enjoying the great outdoors.

“We were just sitting out in the middle of the ocean and then this huge male seal appeared with an octopus and he was thrashing him about for ages,” Mulinder told Yahoo News about the freak encounter with nature. Then came the big moment. “I was like ‘mate, what just happened?’” As it turns out, Mulinder was out kayaking with a team of content creators for GoPro testing camera equipment — so they were able to capture all the footage of the incident on video.

Mulinder appears to be fine now, and so is the octopus, which apparently stayed stuck to his kayak and out of the grasp of the seal following the fight.

The attack happened near Kaikoura, which is a town on the South Island of New Zealand, and just adds to the mystique of the island nation as a truly unique place. And now we also know that seals and octopuses don’t get along.

Here is a GIF of the slap moment. 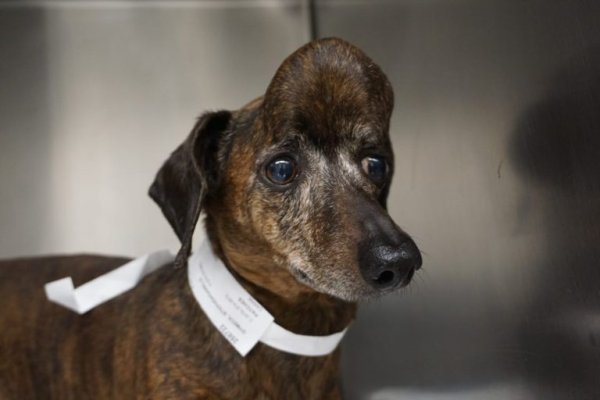 Veterinarians 3D-Printed Part of a Skull for a Dog With Cancer
Next Up: Editor's Pick