As the Senate hearing to vote on Brett Kavanaugh’s nomination to the Supreme Court draws closer, Jimmy Kimmel isn’t letting viewers forget about President Donald Trump’s role in the controversy.

During Tuesday’s episode of Jimmy Kimmel Live!, the host zeroed in on a tweet that Trump posted on Monday night in which he claimed that the allegations against Kavanaugh were a political ploy orchestrated by the Democrats.

“The Democrats are working hard to destroy a wonderful man, and a man who has the potential to be one of our greatest Supreme Court Justices ever, with an array of False Accusations the likes of which have never been seen before!” he wrote.

However, in the original version of the tweet, Trump typed “Acquisitions” instead of “Accusations,” a mistake that gave Kimmel pause.

“For me, the scariest part of that tweet is that it stayed up for 10 minutes before someone got in and corrected it,” he explained. “Trump could tweet, ‘Bring it on chubby rocket man.’ Kim Jong-Un could get most of the way through a launch sequence before anyone got in there to undo what he did. Basically, a hilarious typo just explained how we’re all going to die one of these days.” 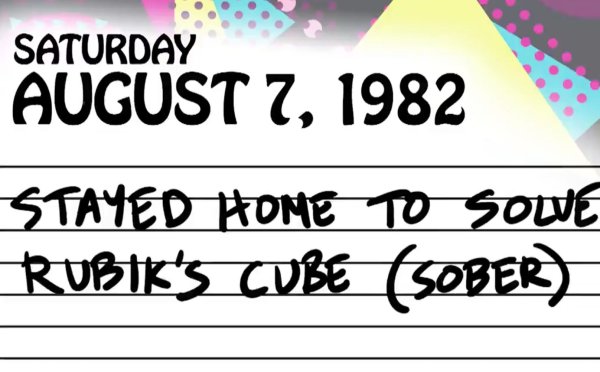 Stephen Colbert Says He Got a Hold of Brett Kavanaugh's 1982 Day Planner
Next Up: Editor's Pick