The parents of a missing young boy with autism continue to plead for his return, days after he vanished in a North Carolina park.

Ian Ritch was walking with his son, Maddox, in Gastonia’s Rankin Lake Park on Saturday when the 6-year-old — who has autism and is non-verbal — ran ahead of him, ABC News reports. Rich told ABC that Maddox frequently does so, but always stops and waits for him to catch up. This time, however, the boy disappeared from his sight, and has yet to return.

“I wouldn’t have let him get so far away from me,” Ritch told Good Morning America Wednesday. “I could see him until a certain point. He got out of my view, and that’s whenever I never seen him again. I regretted that since the moment it happened.”

More than 260 law enforcement officials and other personnel have been searching for the boy “around the clock” since he disappeared, according to an update from Gastonia Police. A pontoon boat and divers were brought in to search the park’s lake, and dogs, ATVs and drones are being used to scour its 242-acre grounds and the surrounding area, police said. The FBI is offering a $10,000 reward for information related to Maddox’s whereabouts.

Members of the search team have also been playing audio recordings from Maddox’s parents, in hopes that the boy would be drawn toward their voices, CNN reports. The park remains closed while search efforts continue.

Ritch told Good Morning America that he’s been racked with guilt since his son disappeared.

“It’s been hard to sleep,” he said. “I feel guilty because I could go to a house and lay down in a bed and my little boy might be out there in the woods.”

At a news conference Tuesday, Maddox’s mother, Carrie Ritch, begged anyone with information to come forward.

“Maddox is my whole world and my reason for living. I want my baby back in my arms,” she said. “Please. Call the tip line, please. I just want my baby home, please.”

Police said they have so far received about 150 leads related to the case. They are particularly interested in speaking with a professional photographer who was in the park taking photos of three children in Dr. Seuss costumes, as well as a male jogger who was nearby on Saturday. “These people may be valuable witnesses,” Gastonia Police Chief Robert Helton said in a statement. 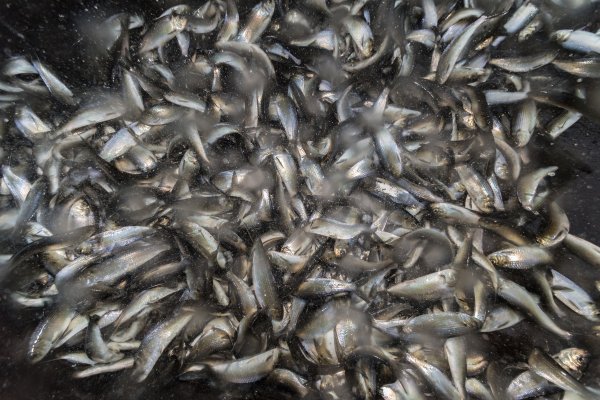