In light of the sexual assault accusations against Supreme Court nominee Brett Kavanaugh by Dr. Christine Blasey Ford that allegedly went unreported for decades, Padma Lakshmi is sharing her own experience.

In an op-ed in the New York Times published Tuesday, the Top Chef host, 48, wrote that she dated a 23-year-old college student when she was 16 because he was “charming and handsome” and would “flirt” with her at her part-time retail job at a mall in Los Angeles. But just a few months into the relationship, Lakshmi says he sexually assaulted her while she was sleeping.

“When we went out, he would park the car and come in and sit on our couch and talk to my mother,” Lakshmi began. “He never brought me home late on a school night. We were intimate to a point, but he knew that I was a virgin and that I was unsure of when I would be ready to have sex.”

Then, she stated: “On New Year’s Eve, just a few months after we first started dating, he raped me.”

The mom of one shared several details of the encounter, explaining that she was neither drinking nor wearing anything revealing — though “it doesn’t matter,” she asserted — and that she went home with him, fell asleep, and woke up with him on top of her.

Lakshmi says she felt it was her fault at the time. “We had no language in the 1980s for date rape,” she wrote.

The cookbook author also referenced an earlier experience with sexual abuse, this time allegedly by her stepfather’s relative when she was only 7. She said her parents sent her away after she told them. “The lesson was: If you speak up, you will be cast out,” Lakshmi said. She told this story on Twitter last Friday.

In the Times, the model drew connections between her story and current events, namely the allegations against Justice Kavanaugh and President Donald Trump’s comments questioning why Dr. Ford didn’t file a police report at the time—which caused the hashtag #WhyIDidntReport to trend on Twitter.

Lakshmi wrote of Ford and second Kavanaugh accuser Deborah Ramirez: “I understand why both women would keep this information to themselves for so many years, without involving the police. For years, I did the same thing.”

“I have nothing to gain by talking about this,” she continued. “But we all have a lot to lose if we put a time limit on telling the truth about sexual assault and if we hold on to the codes of silence that for generations have allowed men to hurt women with impunity.”

The Bravo star has been politically outspoken in the past, most recently with the defense of the ideology of her friend Susan Sarandon.

After the Thelma & Louise actress, 71, renewed her feud with Debra Messing and received further backlash from commenters criticizing her support of a third-party candidate in the 2016 presidential election, Lakshmi urged followers to consider others’ opinions and lay off Sarandon.

“I’ve known @SusanSarandon for a decade,” Lakshmi tweeted. “There are very few actresses who are such dedicated humanitarians and activists. Instead of vilifying someone for endorsing a third party candidate in 2016, why not focus on what you’re doing in your community to create change?”

The Love, Loss and What We Ate author continued: “Sometimes we have different opinions than our friends or people in our industry but it’s important to have a dialogue to learn and grow. This ‘cancel’ culture and progressive infighting isn’t the solution. Stop bullying Susan.”

On Monday, other stars like Samantha Bee, Alyssa Milano, and Kerry Washington participated in the nationwide #BelieveSurvivors walkout in support of Dr. Ford, which was organized by Planned Parenthood. 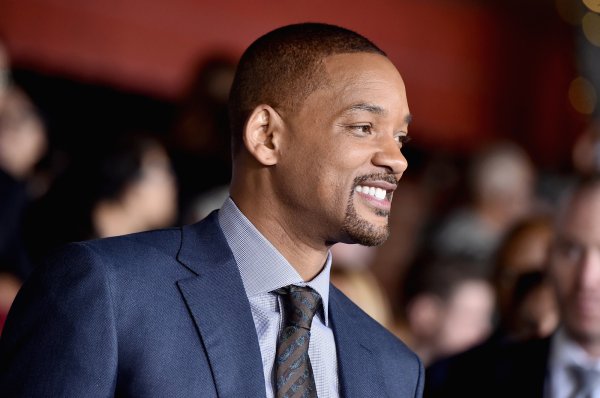 Will Smith Bungee Jumped Into the Grand Canyon to Celebrate His 50th Birthday
Next Up: Editor's Pick