Bill Cosby And Brett Kavanaugh Are Both Victims of 'Sex War,' Publicist Says

Bill Cosby’s publicist compared the 81-year-old comedian’s conviction Tuesday to the misconduct allegations against Supreme Court nominee Brett Kavanaugh, saying that were both part of a “sex war.”

Andrew Wyatt proclaimed that Cosby’s conviction was the result of “the most racist and sexist trial in the history of the United States” in a press conference following Montgomery County Judge Steven T. O’Neill handing down a sentence for Cosby of three to 10 years in state prison.

“What is going on in Washington today with Judge Kavanaugh is part of that sex war that Judge O’Neill along with his wife are part of,” Wyatt said.

Kavanaugh is currently facing two accusations of sexual misconduct, which were first made public last week prior to a scheduled vote by the Senate Judicial Committee on his nomination. The first came from Christine Blasey Ford, who claimed that in the 1980s, Kavanaugh sexually assaulted her in a bedroom during a party. That was followed by an accusation by Deborah Ramirez, who said Kavanaugh exposed himself to her while she was drunk at a college party. Kavanaugh has denied both allegations, calling them a “smear, plain and simple.” in a statement released by the White House.

“The people who knew me then know that this did not happen, and have said so,” Kavanaugh said.

Unlike Kavanaugh, Cosby is now classified as a violent sexual predator following this week’s sentencing and more than 60 women accusing him of sexual misconduct. Many of those cases are past the statute of limitations for Cosby to face charges, but in April he was convicted of three counts of aggravated assault for drugging and sexually assaulting Andrea Constand in his Cheltenham, Penn. home in 2004. Cosby’s attorney Tom Mesereau promised to appeal, saying at the time “The fight is not over.”

According to Wyatt, the “sexist and racist” mass media did not allow Cosby’s record as “one of the greatest civil rights leaders in the United States for over the last 50 years” to be brought up in court. 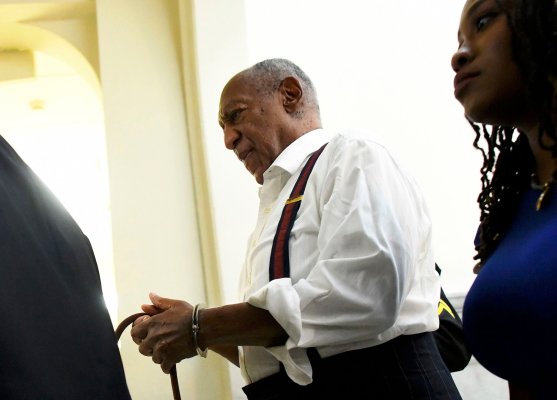 Judge Sentences Bill Cosby to Three to 10 Years in Prison
Next Up: Editor's Pick