Supreme Court nominee Brett Kavanaugh plans to submit his 1982 calendars as evidence to the Senate, saying the planner didn’t show a record of him attending the high school party consistent with Ford’s account of the social gathering where Christine Blasey Ford says he assaulted her.

This evidence, however, provided nothing but amusement for Stephen Colbert, who presented a joke day planner “written” by Kavanaugh with hilarious results, poking fun, of course, at the idea that a high school boy might have actually recorded his binge-drinking and partying.

One entry read “Stayed home to solve Rubik’s cube (sober),” while another read “Party last night was awwwwsome! I heard. I didn’t go.”

The clip wraps with a final entry that shows Kavanaugh reminding himself to “save calendar as future evidence.”

Watch the full video of Colbert mocking Kavanaugh’s defense in the clip below. 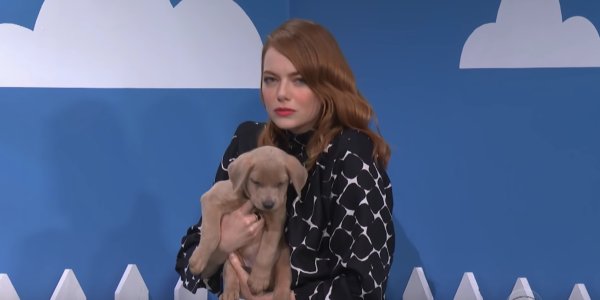 Emma Stone and Stephen Colbert Will Do Anything to Get You to Adopt Dogs From Hurricane Florence
Next Up: Editor's Pick