Midway through Monday morning, there was a period when the world believed Deputy Attorney General Rod Rosenstein would be fired. Though this was not the case in the end (at least not on this particular day), the Sept. 21 New York Times report of Rosenstein making inappropriate remarks about the possibility of removing the President in the days following the firing of FBI Director James Comey have still seemingly led to the possibility he could well resign or be fired. The central question — to both the public’s and the President’s calculations — is whether such a departure would jeopardize Special Counsel Robert Mueller’s investigation, which Rosenstein has been overseeing, given Attorney General Jeff Sessions’ recusal. Firing Rosenstein could give President Donald Trump the opportunity to rid himself and his associates of Mueller and his prying, which Trump has reportedly expressed his desire to do before. But importantly, there is good reason to believe it’s too late for that to do him any good.

If Rosenstein were gone, Trump would have two routes under prevailing Justice Department rules to rid himself of Mueller. The President could press Rosenstein’s next-in-line colleague, Solicitor General Neil Francisco, a conservative lawyer and former partner of White House Counsel Don McGahn, to either fire Mueller or leave him in place and sharply control and limit the scope of his investigation. If Francisco refuses, Trump can instead, under the 1998 Vacancies Act, appoint a temporary officer to do so, as long as that officer has been previously confirmed by the Senate. (He could do this for either Rosenstein’s position or Sessions’.)

Would Trump dare do that? The public outrage would be severe, and it would test the integrity of the Republican Congressional leaders who have reportedly warned Trump not to fire Mueller — though the likelihood of this House and this Senate impeaching and convicting Trump is slim.

The more important reason to not fire Rosenstein, though, is that getting rid of him may not solve Trump’s Mueller problem. Mueller has by now put together a huge dossier of his findings, some of which may jeopardize not only Trump, but members of his family. What that means is: firing Mueller will not make his investigation go away.

There are Justice Department divisions, U.S. attorneys and State Attorneys General who could run with a Mueller hand-off — and Mueller has already shown a willingness to give them what they need. Mueller has already referred several cases — on Trump’s former personal lawyer Michael Cohen, alleged unregistered Russian agent Maria Butina and 12 Russian intelligence officers — respectively to federal prosecutors in New York, the U.S. attorney in D.C. and the Justice Department’s National Security Division. He has also worked with the New York Attorney General on its investigation into former Trump campaign director Paul Manafort. There is no reason to believe Mueller wouldn’t share his intelligence with all relevant possible prosecutors if the investigation was threatened before its end.

For Trump, that would bring about the worst of both worlds: he would suffer adverse publicity and still be legally hounded.

And in the be-careful-what-you-wish-for department, Watergate is a powerful lesson in this instance. The Administration might do well to break it down for the President, if it has not done so already. President Richard Nixon too was annoyed with an inquiring Special Prosecutor. He complained that Special Prosecutor Archibald Cox was too vigorously inquiring into the Watergate break-in of Democratic headquarters. Nixon ordered Attorney General Elliot Richardson, whom I knew personally after negotiating the resignation of my client Vice President Spiro Agnew, to fire Cox. I was not surprised when Richardson refused to obey Nixon’s order and resigned. Next in line was Deputy Attorney General William Ruckelshaus, who did the same. The chore thus descended upon the shoulders of Solicitor General Robert Bork, who obeyed the Nixon directive, fired Cox and appointed Leon Jaworski in his place. And what was the upside of all that pain and bad publicity, in the end? Jaworski then pursued Nixon, forced him to resign and convicted many members of his staff.

While Rosenstein’s fate may not be decided until Trump returns from the United Nations meetings on Thursday and meets with Rosenstein, the President has no good options here. This investigation is too far along to be effectively derailed, and any attempt to do so might provoke not only a Constitutional crisis, but could also threaten to make the so-called Blue Wave into a Blue Tsunami. 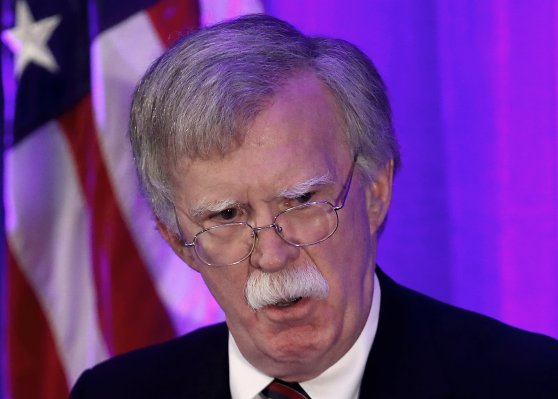 Trump Has a Problem with the International Criminal Court
Next Up: Editor's Pick