Rumors Flew That Rod Rosenstein Resigned or Was Fired. Here's Why It Would Matter Which Happened

Deputy Attorney General Rod Rosenstein apparently isn’t going anywhere yet, after rumors swirled Monday morning that he was about to resign or be fired in a dramatic White House showdown.

One reason such close attention is being paid to Rosenstein is that he oversees special counsel Robert Mueller’s investigation into Russian meddling in the 2016 election.

In that role, a lot may depend on whether he was fired — or resigned.

According to the Federal Vacancies Act of 1988, the president can temporarily replace an officer from an executive agency who “dies, resigns, or is otherwise unable to perform the functions and duties of the office” with a Senate-confirmed political appointee.

While the law does not specifically include “fired” as a reason for the president to appoint a Senate-confirmed political appointee, it also doesn’t explicitly say otherwise.

That means a Rosenstein firing could lead to a legal fight over how Trump handles his replacement, something critics worry could be used to downsize or even scuttle Mueller’s investigation.

Already there’s a legal fight over a similar Cabinet issue.

When Secretary of Veterans Affairs David Shulkin was fired after a report criticized him for unethical actions on a business trip, Trump named Robert Wilkie as his temporary successor. Veterans advocacy groups filed a lawsuit saying that Trump did not follow the proper order of succession in the agency.

One legal expert argued that it’s a mostly academic point, however.

When Attorney General Jeff Sessions recused himself from the special counsel’s Russian investigation last year, Rosenstein took over many of the responsibilities. If Rosenstein is to depart, Solicitor General Noel Francisco would take over those duties — not whoever replaces Rosenstein as Deputy Attorney General, according to legal expert and Stanford Law professor Anne Joseph O’Connell.

O’Connell said she believes a firing would be cause to utilize the Vacancies Act, citing a guidance memorandum from the Agency General Counsels that notes senators said an officer would be “otherwise unable to perform the functions and duties of the office” if he or she were fired, imprisoned, or sick, during floor debates of the legislation.

“No court’s going to want to get into” discrepancies between coerced resignations and firings, she added.

There is opportunity for misuse of the Federal Vacancies Act, O’Connell said. But Trump would not be the first to rely on the law for executive agency positions. O’Connell directed her research to the legislation when former President Barack Obama was in office.

“In President Obama’s last two years, when Republicans controlled the Senate, he heavily relied on the Vacancies Act, she said. “He submitted far fewer nominations in his last two years than other two-term presidents.”

Confirmations can take a long time, she said. The point of the Vacancies Act is to prevent delays in government action.

Critics of relying on the Vacancies Act say that a president could use it to bypass the Senate and put in somebody not confirmed to work in that specific agency.

“In order to make our government work, we need to have a stopgap measure. I agree, it’s not perfect, and presidents can do certain end-runs around it,” she said. “But it’s a second-best world we live in, and I would want a strong Vacancies Act in that second-best world.” 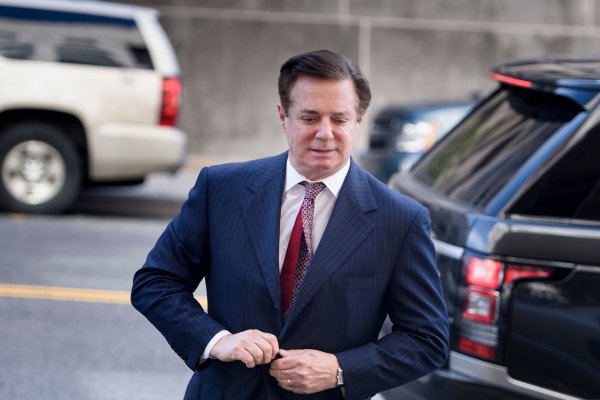 Manafort's Guilty Plea Shows the Slow But Steady Progress of the Russia Investigation
Next Up: Editor's Pick