Women's Rage Is the Most Powerful Engine of 2018

If you wake up at 7 a.m., you’ll probably start feeling it around 7:03, or at least as soon as you check your preferred news source. You don’t have to be a woman to find something to be angry about. But if you are a woman, chances are you’re feeling so much rage that there simply aren’t enough hours in the day to contain it all: A government that’s working hard to strip women of their reproductive rights, as well as limiting our access to basic health care. Work environments where men guilty of sexual abuse or harassment, or even possibly rape, can still gain power rather than lose it, even as women working in the tiers below struggle just to get by while likely making less money than their male peers do. A country where a resurgence of white supremacy proves that for many, black lives don’t matter. In 2018, no one needs to ask a woman, “Why are you so angry?” She’s an anomaly if she’s not.

It says something that not one, not two, but three books dealing specifically with women’s anger are popping over the ridge of this embattled landscape this fall. Soraya Chemaly’s Rage Becomes Her: The Power of Women’s Anger (out now), Rebecca Traister’s Good and Mad: The Revolutionary Power of Women’s Anger (coming Oct. 2) and Gemma Hartley’s Fed Up: Emotional Labor, Women and the Way Forward (Nov. 13) constitute a mini-revolution in themselves. Though each of these writers takes a markedly different approach, all three tackle the same core idea: channeled constructively, women’s anger is a potent tool for change.

Hartley’s book is the one most attuned to women’s everyday stresses: Fed Up focuses on the largely invisible yet draining multitudinous tasks, collected under the umbrella term “emotional labor,” that women per form daily just to keep their family and work lives moving along. “We can have the family and the career,” writes Hartley, who is married and has three children. “In theory, it sounds like the best of both worlds, but in reality, having it all means having entirely too much on your plate.” Fed Up’s chief value lies in its reassurances that emotional labor, too often considered “women’s work,” is also damn hard work.

Traister’s conscientiously researched Good and Mad takes a more macro view of women’s rage: this book, in Traister’s words, “is about the specific nexus of women’s anger and American politics, about how the particular dissatisfactions and resentments of America’s women have often ignited movements for social change and progress.”

Traister specializes in writing about feminism and politics, and she knows the turf. Good and Mad stresses the galvanizing effect that Hillary Clinton’s 2016 loss — to a bully who has shown little but contempt for women — has had on American women of all ages, inspiring some who have never before been politically motivated to run for office. Traister is especially astute in emphasizing the ways in which black women laid the cornerstones for women’s activism in this country. Long before Betty Friedan’s The Feminine Mystique jolted suburban white women out of their somnambulance, black women — like Sojourner Truth and Rosa Parks, to name just two — had fought hard for progressive causes.

Feminism forces certain complexities into the stream of our daily lives, and Traister has a great gift for articulating them. “Women, unlike many racial, ethnic or religious groups in the United States, are not an oppressed minority, but rather a majority population, integral to homes, families, personal and professional networks in every geographic, religious, racial and ethnic category,” she writes. Men and women must exist side by side, whether we do so gladly or with reluctance. But our very dependence on men has also granted them disproportionate power over us — a reality, Traister writes, that “has often kept women paralyzed — by fear, risk, love, loyalty — and reluctant to push back angrily against their own ill treatment, or in response to the ill treatment of other women.”

The point is that within our anger, solidarity is key, even if it isn’t always easy. Chemaly’s Rage Becomes Her is the liveliest and most inviting of these three books, a work of great spirit and verve even when she’s dealing with difficult subjects. In a section addressing the frequency of sexual assault in this country — there’s one every two minutes, she writes, and the vast majority of targets are women — Chemaly ponders the bizarre criteria some of our government leaders apply to sex crimes. “Conservatives like to debate rape statistics,” she writes, “which has always made me wonder, what is their Goldilocks number? What exact number of rapes is not too high, not too low, but just right?” If you’re a woman, you may start reading Rage Becomes Her — or, really, any of these three books — thinking you’re only medium-angry about stuff. By the end, your catalog of outrage will be bursting at the seams. (There’s still a tax on tampons? Really?) There are days when we feel punished just for being women. Boldness, distilled from our anger and laced with a sense of humor, is the only solution. Forward march. 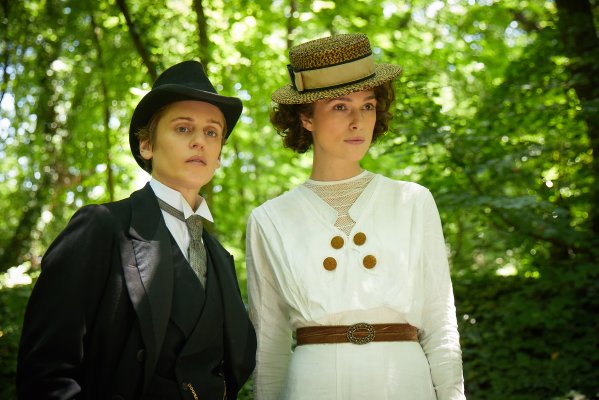 What to Know About the Real Author Who Inspired the Movie 'Colette'
Next Up: Editor's Pick