How Brett Kavanaugh's Second Accuser Just Raised the Stakes for Everyone

If Americans thought the stakes couldn’t get any higher than a woman coming forward to accuse a Supreme Court nominee of sexual assault while he was in high school, they have been proven wrong.

After The New Yorker published a new allegation Sunday night — a new woman, Deborah Ramirez, claims nominee Brett Kavanaugh exposed himself to her while she was drunk at a party during college — the confirmation fight reached a new fever pitch, leaving both political parties, all three branches of government and the American people with no good options.

The White House is sticking by Kavanaugh, who has denied both allegations.

If anything, the new accusation against Kavanaugh, which many sources in The New Yorker story dispute, made the White House and Republicans close to Kavanaugh even more frustrated by what President Donald Trump himself called “totally political” attacks. “[Kavanaugh] has a lifelong record of being a person of incredible integrity and good character,” a source involved in the confirmation process told TIME Sunday night, calling the latest charge “outlandish.” “I don’t think anybody is prepared to say that one or two unsubstantiated, discredited allegations could ruin that,” the source said.

In mid-September, California professor Christine Blasey Ford first came forward publicly with a claim that Kavanaugh pinned her to a bed, covered her mouth and attempted to remove her clothing in the 1980s when they were both in high school. Kavanaugh categorically denies the accusation.

As they strategized about how to handle Ford, senior Republican officials began to worry that she would not be the only woman to surface. After all, one official said late Sunday, there tends to be a pattern of behavior like this. Senate officials, in conversations with White House Counsel’s Office last week, asked repeatedly if there would be any further allegations or surprises. They were told Ford’s allegation was garbage and no more were in the offing. Now not only has Ramirez come forward, but Michael Avenatti, the lawyer representing adult film actress Stormy Daniels and teasing a future run for president as a Democrat, has hinted that he has another client with “credible information” about Kavanaugh and his high school classmate Mark Judge, who Ford says was in the room during her alleged assault.

“Bring it on,” the first official involved in the confirmation process said. “I mean, Michael Avenatti? I can’t think of a better person to have on the other side. The guy’s crazy, OK?”

But as Republicans huddle to figure out how to get Kavanaugh confirmed by their razor-thin majority — they can only afford to lose one GOP vote in the Senate— they have bigger problems than Avenatti.

As of last week, those close to Senate Majority Leader Mitch McConnell advised him — and they believe he shared their views — that public hearings would turn into a circus. These advisers suggested that they plow through with the nomination as planned to energize Republican base voters before November’s elections, when Democrats stand increasingly better odds of tipping the majority.

The fight inside the caucus, however, was one McConnell seemed to be losing, and he relented. He and Senate Judiciary Chairman Chuck Grassley agreed, begrudgingly, to investigating these claims again. McConnell and White House Counsel Don McGahn both thought it foolish to subject Kavanaugh to another round of questions, but Ford’s — and any other witnesses’ — testimony could not afford to go unanswered.

The nation is set to hear from Kavanaugh himself on Thursday, in a hearing that had been scheduled before Ramirez’s allegation came to light. (Dianne Feinstein of California, the ranking Democrat on the Senate Judiciary Committee, has called for the hearing to be delayed. Not all of the other Democrats on the committee signed on to the letter, and there aren’t signs that Republicans share her view either.)

But Republicans are clearly nervous. As this weekend rolled through, McConnell’s orbit realized they were losing control of both the process and the narrative. When Ford’s attorney sent a letter that was released on Saturday, many media outlets said she had agreed to testify when in fact a strictly literal reading of her attorney’s note said they were open to continuing the conversation. At that moment, as Republicans were revisiting talking points for Sunday shows, several aides recognized the ground was shifting. (A day earlier, Grassley’s communications adviser for the confirmation hearing resigned amid an NBC News investigation into allegations of sexual harassment — which he firmly denied.)

Then, The New Yorker published its story late Sunday. Frantic Senate aides tried to figure out how to handle it. As a stopgap, it seemed there was nothing to be done but to point out that the allegations were coming from The New Yorker — a publication that won the Pulitzer Prize last year for its coverage of the #MeToo movement but nevertheless was not a credible voice among the GOP’s base. Separate but similar memos from the Republican National Committee and the White House both tried to plant seeds of doubt in the new accuser’s story.

Officials also started to assemble an argument that Democrats were behind these late allegations, and one accusation seemed to follow the other when its credibility came into question. They didn’t have to win every argument, but just to make the public think it was Washington-as-usual theatrics and everyone was partisan.

Many top Republicans considered retreat on the nomination unacceptable and a guarantee for Democrats to take the Senate. One of the most compelling arguments Republican candidates have to the GOP base is that the Supreme Court is within reach of a conservative majority for a generation. That’s why GOP candidates in places like Missouri, West Virginia, Indiana, Florida and Wisconsin invoke the Supreme Court at every chance they can. It plays to the base in a way few other issues can this cycle. The GOP’s tax cuts were nice, but a conservative five-bloc majority on the Supreme Court would survive even a return to a Senate under Democratic Sen. Chuck Schumer’s control.

But there are major reasons for Republicans to worry. Democrats enjoy their widest advantage of the cycle in a NBC News/Wall Street Journal poll: by a 52%-40% margin, voters say they would prefer Democrats to control Congress. (One GOP pollster who reviewed the data notes that support for Kavanaugh’s nomination has actually increased in that poll from 33% to 34% since the August survey — a statistically insignificant change — but at least they were not hemorrhaging support. His polls found that GOP voter interest and intensity growing since the Ford allegations came to light.)

The bigger worry for Republicans right now is women. There is not a single Republican woman on the Senate Judiciary Committee, so it will be Ford — and perhaps others — facing questioning from an all-male GOP slate, unless they work out some other arrangement. Different Republican pollsters are showing wildly different figures, but it’s generally assumed that women will lean toward Democrats by a 3- to 10-point margin. That number could grow after hours of Republican men grilling a woman who comes forward to allege sexual misconduct.

But if Republicans back down and pull Kavanaugh’s nomination or don’t vote to confirm him, something most of them are loathe to do, they risk alienating the core of their base: white men.

“The court nominations are how disruptive Trump keeps the peace with the Christian Right and Federalist Society. If the Republicans can’t confirm Kavanaugh because of either allegation, the conservative base is going to be demoralized,” said Dan Eberhart, a Republican donor in Arizona.

It’s no better for Democrats. Feinstein has been harshly criticized by her own party over her handling of Ford’s allegation, which she had been aware of for weeks before she alerted the committee and the FBI about it. Now, as she faces a primary challenger in her own reelection fight, Feinstein is facing regular protests by progressive activists outside her Senate office. For the rest of the party, if they lose this fight and Kavanaugh is confirmed, it could dampen the Resistance after expending so much energy fighting his nomination and reinforce Democrats’ powerlessness. If they succeed in taking down Kavanaugh, Trump will just pick a new nominee off the same Federalist Society-approved list, and Democrats will be back to square one with a new nominee they won’t like any better.

Even the Supreme Court itself is getting dragged into the mud, appearing more partisan and unable to stand above politics as the fight in the halls of the Capitol just across the street gets dirtier and dirtier. Speaking in September before the specific details had emerged of Ford’s accusation, Justice Ruth Bader Ginsburg talked about the old days of near-unanimous Supreme Court confirmations. “That’s the way it should be, instead of what it’s become, which is a highly partisan show,” said Ginsburg, who was confirmed to her seat by a 96-3 margin. “The Republicans move in lockstep, and so do the Democrats. I wish I could wave a magic wand and have it go back.”

But there is no magic wand, and now individuals, political parties and institutions are all in a fight to the death for their respect and political futures. It’s not a zero-sum game: everyone can lose. “Everybody I think views it as deplorable and unfortunate that the nominee is going to have to talk about intimate aspects of his life in order to defend his reputation,” the source involved in the process said. “Everybody deplores where we are right now.”

-With reporting by Alana Abramson, Brian Bennett and Philip Elliott/Washington 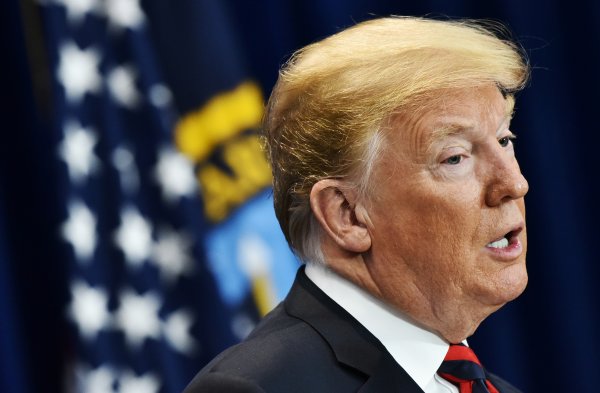