An Indiana bus driver was arrested on Friday after she was caught on camera allegedly letting students drive a school bus.

Joandrea Dehaven McAtee, 27, allegedly allowed three students — an 11-year-old, a 13-year-old and a 17-year-old — drive the bus in Valparaiso, Ind., on Thursday afternoon after school, reported the Chicago Tribune. Other students riding the bus recorded the episode, reported ABC News.

McAtee was immediately fired by First Student, which operates the township’s buses, after reports of the incident surfaced.

“We are incredibly disappointed by the actions of our former driver,” the company said in a statement to ABC News. “There is nothing more important than the safety of the students we transport. Behavior such as this is completely unacceptable and totally at odds with what we stand for as a company. The driver has been terminated. We have a zero-tolerance policy for employees whose actions may harm or put others at risk.”

McAtee was arrested by the Porter County Sheriff’s Department when she arrived at the Porter Township schools bus barn to collect her final check, reported the Chicago Tribune. She was charged with felony neglect of a dependent.

The office of the superintendent of the Porter Township School Corporation and First Student did not immediately respond to requests for comment from TIME. 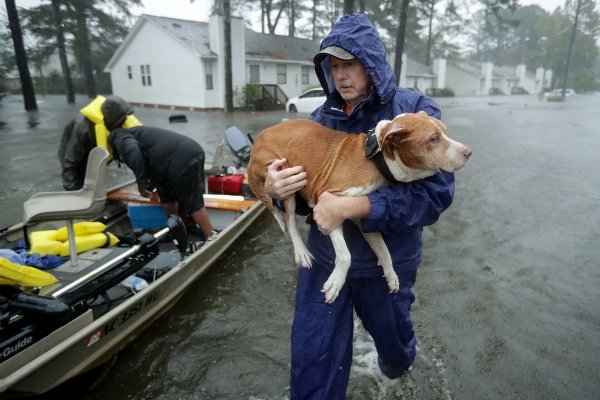