“Dr. Ford accepts the Committee’s the request to provide her first-hand knowledge of Judge Kavanaugh’s sexual misconduct next week.”

Katz criticized the Committee’s seeming impatience with Ford, calling it “fundamentally inconsistent with Committee’s promise of a fair, impartial investigation into her allegations.”

“We are disapointed by the leaks and the bullying that have tainted the process, we are hopeful we can reach agreement on details.” Katz added.

Judge Kavanaugh, who has denied Ford’s allegation, was seen as all but assured to ascend to the Supreme Court until Ford’s claim against him was made public last week. While many Republicans appear eager to quickly push through Kavanaugh’s would-be lifetime appointment, many Democrats are calling for further examination of Ford’s allegation before the confirmation process continues.

In an interview with The Washington Post, which ran last Sunday, Ford claims that in the 1980s, Kavanaugh groped her in a bedroom during a party. She claimed that Kavanaugh covered her mouth to stop her screams as he grinded on her body and attempted to remove her one-piece swimsuit.

“I thought he might inadvertently kill me,” the 51-year-old Palo Alto University professor told the Washington Post. “He was trying to attack me and remove my clothing.”

With a 51-seat majority in the chamber, Republicans seemingly have the votes to approve Kavanaugh, but his nomination could be sunk if only a few Republicans dissent. 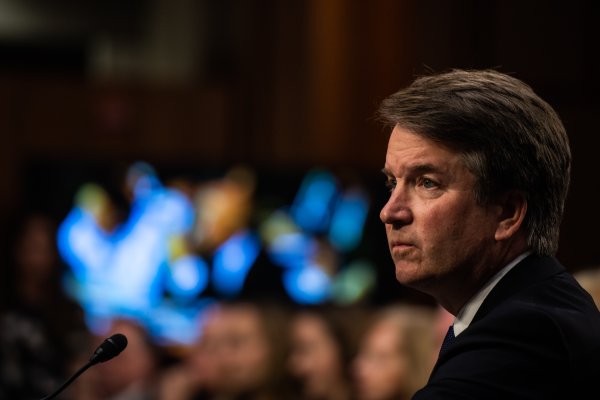