Arizona Congressman's 6 Siblings Turn Against Him in Opponent's Campaign Ad

Brill is looking to unseat Gosar, who has represented Arizona’s 4th Congressional District since 2013, in the upcoming midterm elections. In his campaign video, siblings of the incumbent representatives reject their brother’s far-right political stance on immigration, the environment and health care. Gosar has been supportive of President Donald Trump.

“We gotta stand up for our good name,” brother David says in the ad. “This is not who we are.”

“I couldn’t be quiet any longer, nor should any of us be,” sister Grace says.

“I think my brother has traded a lot of the values we had at our kitchen table,” sister Joan said.

In a statement regarding the ad, Dr. Brill said the Gosar siblings have long been on record as critical of their brother Paul, but this is the first time they have endorsed a competing candidate or actively involved themselves in a political campaign.

“They feel this is a matter of civic duty, making their public statements even more compelling.” he said.

Brill acknowledged that speaking against their brother was not easy for the Gosar siblings.

“I greatly appreciate and admire the courage of the Gosar family in stepping into the national spotlight for this vital message,” he said. “We all must honor their dedication of working to build a better future for all Americans. This is a commitment I believe in and will fight for.”

The six who spoke out are not the Congressman’s only siblings. He is one of 10 children and three of his other siblings seemed to have not participated. Congressman Gosar did not immediately reply to a request for comment.

Despite the powerful ad, the odds seem to be in Gosar’s favor. Polling shows that Gosar has a 99.9% chance of being re-elected. 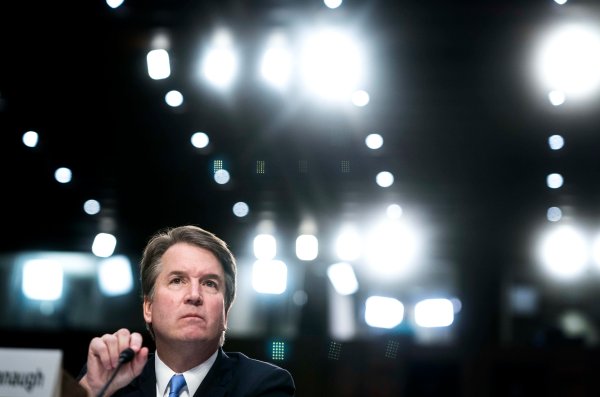 Four GOP Senators Who Voted for Thomas Will Decide on Kavanaugh
Next Up: Editor's Pick