Trump Has Wanted to Fire Rosenstein for Months. Has He Just Been Given a Reason?

Cool-headed lawyers and advisors around President Donald Trump have advised him for months that firing Deputy Attorney General Rod Rosenstein, who oversees the Russia investigation and hired Robert Mueller to lead it, would unnecessarily provoke the special counsel and unleash a political firestorm.

But a report Friday that Rosenstein suggested recording Trump and invoking the Constitution’s 25th Amendment to remove Trump from office has roiled the White House and renewed calls for Rosenstein’s head from Trump’s kitchen cabinet of conservative pundits.

The descriptions of Rosenstein’s comments, first reported by The New York Times, could give Trump political cover to fire Rosenstein from his post as No. 2 in the Department of Justice. Doing so would also take him out of his role overseeing Robert Mueller’s special counsel investigation into Trump’s role in Russian meddling in the election.

According to a statement provided by a Justice Department official, one person who was in the room when Rosenstein talked about wearing a “wire” to record the President described the comment as “sarcastic” and said Rosenstein never had an intention to record a conversation with the President. Rosenstein’s comments came in the weeks following Trump’s May 7 decision to fire FBI director James Comey.

In a statement, Rosenstein said the Times story is “inaccurate and factually incorrect” and added that based on his “personal dealings” with President Trump, there is no basis to invoke the 25th Amendment.

White House officials, who found the report “very troubling,” are trying sort out exactly what Rosenstein may have said, said Eric Bolling, a friend of Trump who is in touch with White House officials and hosts a show on the conservative digital broadcast channel CRTV. “I think it opens the door for a possible firing of Rosenstein,” Bolling said. 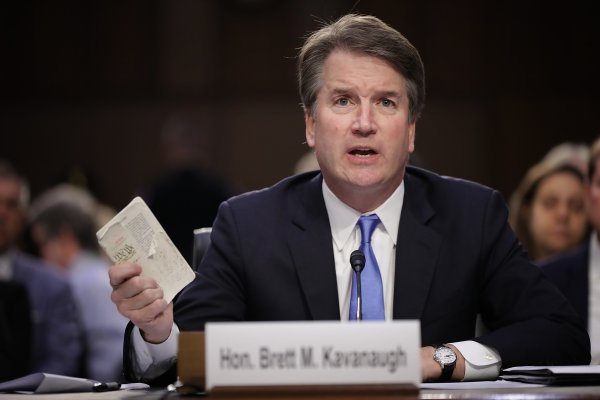