Governments Are Failing Their Citizens on Climate Change. Here’s How They Can Fix It

Near Fayetteville, North Carolina, a worker works at the carbon adsorption area of the Fayetteville Works plant on June 15, 2018. The Delaware-based Chemours Company produces the chemical known as GenX at the facility, which has entered the nearby Cape Fear River through air emissions.
Gerry Broome/AP/REX/Shutterstock
Ideas
By Børge Brende
Brende is the President of the World Economic Forum and the former Foreign, Trade and Environment Minister of Norway.

The world seems to have declared defeat in the war against climate change. This summer in the U.S., the Trump Administration proposed to lower the “social cost of carbon,” which is an approximation used by businesses in their cost-benefit analyses of how much harm is caused by releasing more carbon dioxide into the atmosphere, thus increasing global warming. The Administration also wants to make it easier to release methane — a highly potent greenhouse gas — into the air. Meanwhile, most European nations are set to miss their carbon reduction pledges, too. Has it become impossible to internalize the true cost of climate change?

Not necessarily. A climate comeback story is possible. Whether it was seeing Californian forests turn to cinder or a deadly 106-degree heat spikes in Japan this summer, something is fundamentally changing in the way companies and citizens care about the issue. The price of climate change is no longer a concern for later, but one for right now. It is not the case that our grandchildren alone will bear the costs. We experience the effects, and have to pay for them, right here and right now — to the effect of hundreds of billions dollars, and affecting hundreds of millions of people.

Interestingly, business leaders acknowledge this: they put extreme weather events and failure to adapt to climate change at the top of the World Economic Forum Global Risk Report this year, and an alliance of CEOs leading major companies across the world recently supported regulation that would make them disclose climate-related financial risks.

These two factors — support from both private institutions and the public — should make policymakers more courageous in curbing emissions. They should take away the hesitation politicians had — and I have counted myself among them — in dealing with climate change. These leaders should implement three measures to make emitters pay the social cost of carbon.

First: “Do no harm.” After decades of distorting the market with subsidies for carbon-emitting industries, it’s time we end that practice. Energy, environment and finance policies should no longer include subsidies for fossil fuels.

There are low-hanging fruits. G7 countries continue to give $100 billion in subsidies to the production, and use, of fossil fuels, and globally, a similar amount is spent on forest-destroying agricultural expansion. Dropping those subsidies and investments would make a big difference: In all, 13% of global carbon-dioxide emissions are linked to the use of subsidized fossil fuels for consumption, and forests are a primary source to offset carbon emissions.

Second, introduce carbon-pricing mechanisms. I know firsthand it is difficult, but possible. We did it in Norway with the first ever CO2 tax in 1992. Almost 40 countries followed the example set by Norway and other Scandinavian countries in recent years, including the 27 of the European Union, Canada and Mexico, each of which set up their own carbon “cap-and-trade” mechanisms. And while others, like the U.S., are falling behind, in 2017, China launched the world’s largest such program.

Finally, make emitters pay for the true social cost of carbon. After the financial crisis, European emission allowances dropped to less than 5 euros per ton, rendering them all but useless. But after a reform last year, the tide turned, and they now trade at 18 euros ($21) — an all-time high.

The real challenge is to get this market price even more in line with the actual societal cost: either directly through taxes, or indirectly by further limiting allowances. In Norway, we set the maximum price to $53. MIT researchers have put the costs even higher, at $75.

This is where we should ultimately land — at an effective carbon price in all jurisdictions, that internalizes all costs and is not offset by fossil fuel subsidies.

We can get there — notwithstanding recent setbacks.

At the United Nations General Assembly this week, and the Sustainable Development Impact summit the World Economic Forum organizes at the same time, our political, business and scientific allies will make this case. At our Annual Meeting in Davos come January, we will provide a platform for those who want to “Sprint to 2020.”

We cannot force those that stay behind to join us. But after the last few years of climate fire and fury, we know there is a high price to pay for non-action. With the sprint, we want to provide a viable option to those who want to make a change, and give hope to those that can’t. 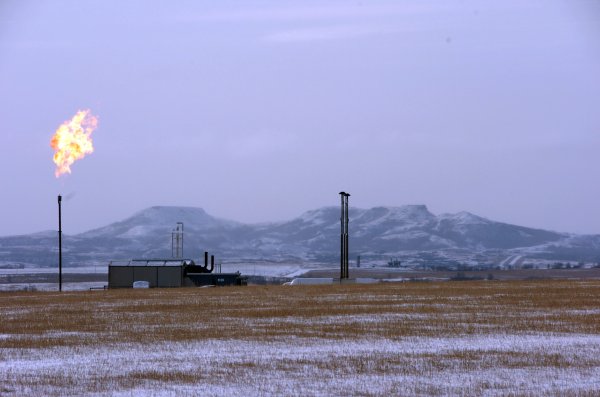