Giving Ecstasy to Octopuses Taught Researchers Something Important About the Brain

A new study suggests that humans might have more in common with octopuses than it appears: they both respond to at least one psychoactive drug in a similar, sociable way.

Scientists from Johns Hopkins University and the Marine Biological Laboratory on Cape Cod found that, just like humans, notoriously reserved (and sometimes violent) octopuses act friendly and social when they’re exposed to MDMA, otherwise known as ecstasy or Molly. That finding, published in Current Biology, is more than just a fun party fact: It suggests that octopus and human brains are fundamentally similar in some ways, meaning that researchers could feasibly use the marine creatures to learn more about the human brain.

MDMA stokes euphoria in humans in part by increasing levels of the feel-good neurotransmitter serotonin in the brain. A close look at the octopus genome showed researchers that a protein involved in this process in humans looked very similar in the sea creatures, suggesting that “pharmacologically, we could predict MDMA should work in octopus in the way it does in humans,” study co-author Eric Edsinger, a research fellow at the Marine Biological Laboratory, said in a statement.

To test that hypothesis, the research team placed octopuses in an interconnected three-chamber tank meant to test sociability. The “social” chamber contained another octopus (sitting under an orchid pot full of holes, just in case fights broke out), while the “object” chamber contained a figurine of the Star Wars character Chewbacca. Octopuses were placed in the center chamber and allowed to roam through the setup as they pleased for 30 minutes.

The results suggest that MDMA does, indeed, spur many of the same pro-social behaviors in octopuses as it does in humans, suggesting that serotonin has been regulating social processes since humans and octopuses evolved into distinct species some 500 million years ago.

The researchers warn that the findings are preliminary and must be replicated — but they could someday open up a whole new avenue of research for scientists looking to learn more about the human brain and how it responds to substances like MDMA, the study says. 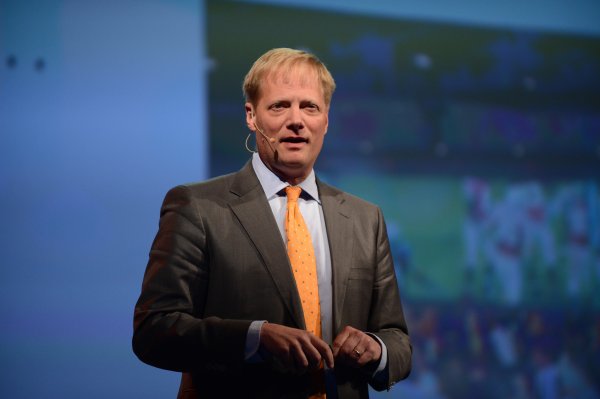 Prominent Eating Habits Researcher Has Yet Another Study Retracted
Next Up: Editor's Pick