Austin Police said that 3D-printed gun blueprint distributor Cody Wilson cancelled his flight back to the U.S. from Taiwan after learning the 16-year-old girl he allegedly paid to have sex with spoke to police.

On Wednesday, Trey Officer of the Austin Police Department’s organized crime division told reporters that police had begun a manhunt for Wilson who flew to Taipei and cancelled his flight back to the U.S.

“Mr. Wilson is not in custody,” Trey Officer of the Austin Police Department said Wednesday at a press conference.

Officer said Wilson missed a scheduled flight back to the U.S. from Taipei earlier this week. Police issued a warrant for his arrest following a sexual assault charge with a child, a second-degree felony that Officer said could put him behind bars for up to 20 years.

The charge stems from a call Austin police received from a teen girl who said she was paid $500 to have sex with Wilson on Aug. 15, according to an arrest affidavit filed the following week. The two allegedly met on sugardaddymeet.com, authorities said. Police said they were able to corroborate the teen’s claims through interviews and surveillance footage.

It is unclear if the 30-year-old activist traveled to avoid charges, but police said Wilson was aware he was being investigated for having sex with a minor.

“We know that Mr. Wilson frequently travels for business,” Officer said. “We don’t know why he went to Taiwan, but we do know that before he left, he was informed by a friend of the victim that she had spoken to the police and they were investigating him for sex with a minor.”

Wilson rose to prominence during his three-year legal battle with the federal government over publishing the blueprints for 3D-printed guns. Wilson, founder of Defense Distributed, sued the government in 2015, alleging that officials were violating his First Amendment right to free speech for blocking him from distributing the plans.

In June, the State Department unexpectedly ended its legal battle with Wilson — paving the way for him to release his blueprints in August. But multiple states filed last-minute lawsuits citing safety concerns and a federal court barred Wilson’s website from posting gun plans. He has continued to sell blueprints on his website, challenging the federal order. 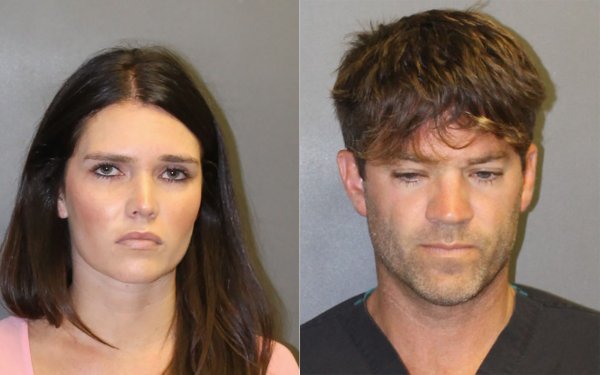 6 More Come Forward in Case Against California Doctor and Girlfriend Charged With Drugging and Raping Women
Next Up: Editor's Pick