Co-chairman and co-founder of the The Bill and Melinda Gates Foundation, Bill Gates speaks to the media after his meeting with French president Emmanuel Macron at the Elysee Palace on April 16, 2018 in Paris, France.
Chesnot—Getty Images
By Jeffrey Kluger

There’s a very big difference between simple and easy—especially when it comes to global health. It’s simple to eradicate polio—just get all children vaccinated. It’s simple to reduce nighttime malaria infections—make sure everyone in malaria-endemic areas sleeps under a bed net. But none of that is easy.

The tension between simple and easy is at play when it comes to eradicating poverty in the developing world too, as the Bill & Melinda Gates Foundation makes clear in its second annual Goalkeepers Data Report.

In a conversation with TIME, Bill Gates points to two recent waves of poverty reduction—first in China and then in India—and discusses what it would take to achieve a third wave in Africa.

TIME: Sub-Saharan Africa has been a target for development for a long time, and while progress has certainly been made, it’s often been halting. How optimistic can we be that things will improve now?

Bill Gates: Well, Africa has actually improved dramatically already and you can take any time frame. Consider the 1990s to the year 2000, for example. If you look at the level of literacy in Africa, it’s gone up dramatically. The reduction in childhood deaths has improved very dramatically. You have some huge exemplars in countries like Ethiopia, which was one of the poorest and had regular famine, that’s more than doubled their agricultural productivity.

It’s always hard for people to see because Africa’s the poorest continent and the pictures that you see when people are appealing to individuals to give money show only the poverty.

TIME: What strategies are behind the improvements that we’ve seen and can they help keep that progress going?

Gates: The key is investment in health and education, which we call the human capital investments. That partly begins with agriculture. When you’re a poor country, the vast percentage of your citizens are out doing subsistence farming. They have no cash income at all. But look at the example of the grain revolution in Asia, which doubled the productivity of wheat and maize. For Africa, the ecosystems are not the same as for those grain revolution seeds. So we need more crops like casava, sorghum, millet. You have to educate the farmers about this—get advice to them about which crops they should grow, when they should plant them. And help them get better seeds.

Remember, if you’re subsistence, a single year of bad climate means your kids are going to be malnourished. You’ve got to have enough excess in the four out of five years that are good that you can save some money and afford school fees and get some extra inputs like protein, eggs and milk for the kids. Africa overall should be able to more than double productivity and go from being a net importer of food to a net exporter.

TIME: We’ve seen remarkable improvement in under-five child mortality in the past decade, with deaths going from 12.6 million per year in 1990 to 5.6 million in 2016. But that’s still a heartbreaking number of children who don’t make it to grade school age. Clearly the world has been doing something right so far. What is that something and how can we build on it?

Gates: So the key for under-five mortality is two things. One is to adopt the latest vaccines, which ironically were initially being used for middle and upper income kids who were at much less risk of diarrheal or respiratory diseases. You also have to get the vaccine coverage level very, very high so 90% of the kids are getting those vaccines. That’s the biggest single thing.

It’s important too to get expectant mothers to do prenatal visits and adopt practices that protect health in that first month of life, including keeping the baby warm and immediate breastfeeding.

TIME: Three very stubborn challenges in the developing world are cervical cancer, HIV-AIDS and tuberculosis. How can the same kind of progress be made against those diseases as has been made with under-five mortality?

Gates: For cervical cancer, even though it’s not a childhood disease, you get girls at a young age and get them the HPV vaccine. The price is now coming down and the production volume is coming up and up. We’re working with various manufacturers, including Merck, so the very poorest countries can get the vaccine.

Ongoing funding for HIV work is absolutely critical because the young generation, the 15-to-24 age group, is growing and will double over the next 30 years in Africa. Unfortunately that’s where the disease spread takes place.

With TB, the worst is South Africa, although Nigeria’s got quite a bit as well. We need better drugs that you don’t have to take as long, as well as a cheaper diagnostic test, which would allow people to find out sooner that they’ve got the disease before they infect other people.

TIME: About half of Africa’s population is 20 years old or under, which means there’s an especially pressing need for a stable, continent-wide education system. That seems like a very heavy lift.

Gates: It’s actually harder to build a great primary education system than a health care system. The rate of health care worker to citizens is like one to 500. Whereas in the education system it’s more like one to 20 or one to 30 if you take all the different roles. You have to hire people, train people, make sure they show up. You make sure the infrastructure is in place—which means school rooms that hopefully have electricity and some paper and textbooks.

You also need to develop trust within the local community. When people think of education in some of these areas what immediately comes to mind is religious education, learning the Quran. That’s fine, but you have Quranic schools that aren’t as much focused on reading and writing and other types of skills. So you want to figure out how to get a message about the importance of those skills through that trust structure. Religious leaders and women’s groups have been a big help in getting children vaccinated and they can be a big help here too. 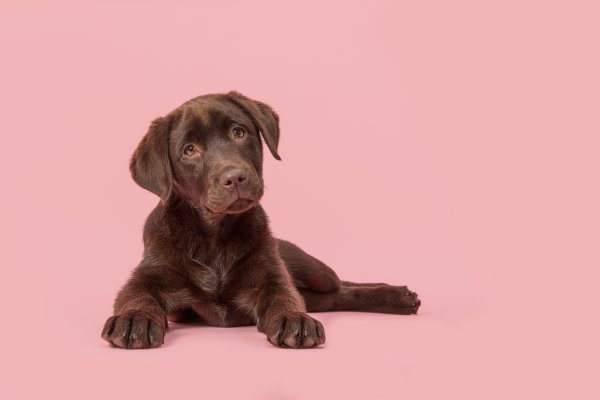 Pet Store Puppies Are Linked to Drug-Resistant Infections In People
Next Up: Editor's Pick