Kevin Hart got more than he bargained for when he co-hosted The Tonight Show Starring Jimmy Fallon on Wednesday night. Hart was surprised when guest Robert Irwin, the son of the late Steve Irwin, arrived on the set with a few of his animal friends ahead of his upcoming show on Animal Planet, Crikey! It’s the Irwins.

Irwin first introduced Fallon and Hart to a 2-month-old ostrich named Giselle, pragmatically noting that it would be good to start off “with something very cute and cuddly.”

After Irwin shared that ostriches like Giselle can grow to run 40 mph and “can easily kill a lion,” Hart had had enough.

“You can put that one back,” Hart said.

Hart was then introduced to two snakes named LeBron and Elvis, but could not be persuaded to hold them, even after Fallon tried to make him do it as a group activity. Both Hart and Fallon, however, blanched when Irwin brought out Big Red, a red knee tarantula. While Fallon eventually held the spider, Hart had enough emotion for the both of them: “I’m nervous for you!”

Watch the full Kevin Hart on Jimmy Fallon segment below. 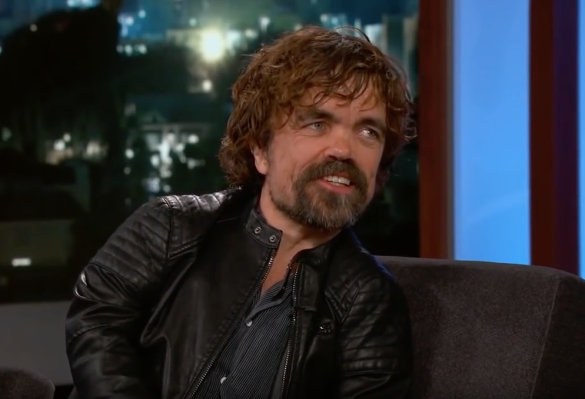 Peter Dinklage Just Loves This Morbid Prank on the Game of Thrones Set
Next Up: Editor's Pick