Donald Trump Claimed, Without Evidence, That a Key Interview Was Doctored. Now His Lawyer Is Claiming That Too

In a 2017 interview, President Donald Trump said in an interview that one of his reasons for firing FBI Director James Comey was the investigation into Russian meddling in the election.

“In fact when I decided to just do it, I said to myself, I said, you know, this Russia thing with Trump and Russia is a made-up story,” Trump told NBC’s Lester Holt in May of last year.

Now, Trump’s attorney Jay Sekulow has claimed, without evidence, that the interview was doctored.

“You know that when there are interviews, there are edits and there is a longer transcript, and I will just tell you without disclosing any detail that when you review the entire transcript, it is very clear as to what happened,” Sekulow told CNN on Wednesday.

An extended version of the interview is available from NBC on YouTube.

The claim echoes one that Trump himself made, also without evidence, when he tweeted in August that NBC had been “fudging my tape on Russia.”

Some lawyers have suggested that Trump’s citing of “the Russia thing” in the 2017 interview could serve as part of an obstruction of justice case by Special Counsel Robert Mueller against the president, since he’s essentially admitting that he was trying to stop an investigation into himself.

But White House officials have said that Trump fired Comey because of his handling of the Hillary Clinton investigation and morale at the FBI, not the Russia investigation.

Sekulow also said that the White House did not believe it would be “constitutional” for Mueller to use the NBC interview in a federal case.

“I’m not faulting anybody running a clip … but to turn it literally into a federal case we don’t think is right, we don’t think it’s constitutional and we think the entire transcript, without question, supports the President,” Sekulow said. “I’m not going to give you information on how we provided it, but in our professional discussions with the Office of Special Counsel, we have addressed that on multiple occasions appropriately.” 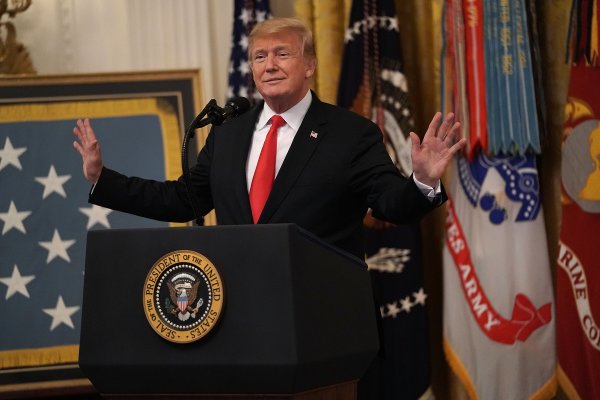 FEMA Testing an Alert System That Lets Trump Send You Texts
Next Up: Editor's Pick