An urban fox prowls along a garden fence in Ealing in London, England.
Jim Dyson—Getty Images
By Billy Perrigo/London

London police have announced the conclusion of a three-year investigation into a suspected cat serial killer – who activists believe has killed up to 400 animals since 2014. Police said Thursday the culprit, however, is not a person but the urban fox.

Detectives examined dozens of dead cats believed to have been killed by the Croydon Cat Killer, who became something of a local legend as reports of dismembered, beheaded and mutilated family pets began accumulating starting in 2014 in the south London district of Croydon.

But on Thursday police said that foxes were the culprits for the mutilations, which they said were all carried out on cats who had previously been killed by blunt force trauma. “Scavenging foxes then mutilated body parts – especially heads and tails,” police said.

The announcement is the latest twist in a saga that has captivated Brits.

A group called SNARL was set up to catalog the grisly cat killings in late 2015. A month later, London’s Metropolitan Police opened an investigation. For three years the investigation went on. All the while, the killings continued and SNARL kept up a gruesome feed of details on its Facebook page, which is followed by nearly 30,000 people.

SNARL circulated a description of the alleged killer — a white man in his 40s who possibly drove for work, which would explain the ever-increasing geographical spread of reported incidents. It looked as if the Metropolitan Police were working with this theory, too. One officer on the case even suggested the killer might move on to people in the future.

The leader of the investigation, Detective Sergeant Collin, said in 2017: “Cats are targeted because they are associated with the feminine … at some stage he’ll escalate or feel brave enough to move on to vulnerable women and girls.”

But those speculations were dashed on Thursday, with the police announcement.

Responding to the results of the police investigation on Thursday, SNARL said in a statement organizers still believe a human was involved. “We consider that the evidence we have gathered over the last three years does indicate human involvement.”

Contacted by TIME, one of SNARL’s founders, Tony Jenkins, said that the group was not immediately disputing police findings but did believe that “some of the killings are clearly not the work of foxes.”

“We will still continue to investigate this even though the police have closed the investigation,” he said. 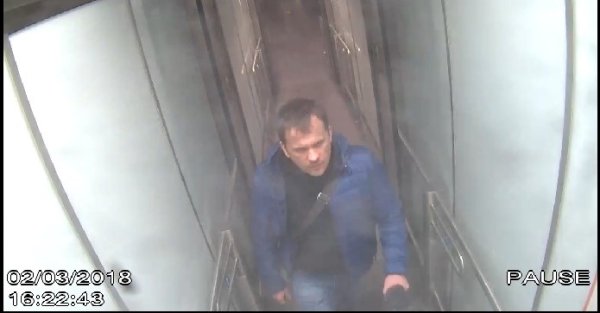