The Guardian reports that Spanish Foreign Minister Josep Borrell relayed Trump’s remarks to attendees at a luncheon in Madrid. His comments were widely reported in Spanish media.

Trump is thought to have made the suggestion in June when Borrell accompanied Spain’s King Felipe and Queen Letizia on an official trip to the White House.

A foreign ministry spokesperson confirmed Borrell’s comments to the Guardian, but declined to comment further.

According to Borrell, Trump brushed off concerns about the plan’s feasibility, claiming that “the Sahara border can’t be bigger than our border with Mexico.”

The U.S.-Mexico border is about 2,000 miles long, while the Sahara desert stretches an estimated 3,000 miles across 11 countries in northern Africa; at roughly 3.6 million sq. mi., it compares more closely to the total size of the U.S.

Spain controls just two small enclaves in northern Africa, Ceuta and Melilla, though both are seen as potential gateways of migration.

Spain recently surpassed Greece and Italy as the top destination for Europe-bound migrants, receiving 33,600 people by sea so far in 2018, according to the International Organization for Migration. Another 1,723 migrants have also lost their lives in the deadly Mediterranean crossing.

The influx of new arrivals is already straining reception facilities in Spain, according to the Guardian, and giving air to right-wing politicians critical of Socialist Prime Minister Pedro Sánchez.

Read more: At the US Border, an Invisible Wall Already Exists

Trump’s own southern border wall plans have also been stymied in Congress, which approved just $38 million for “border barrier planning and design” as part of an omnibus spending bill in March. Trump had requested $25 billion. 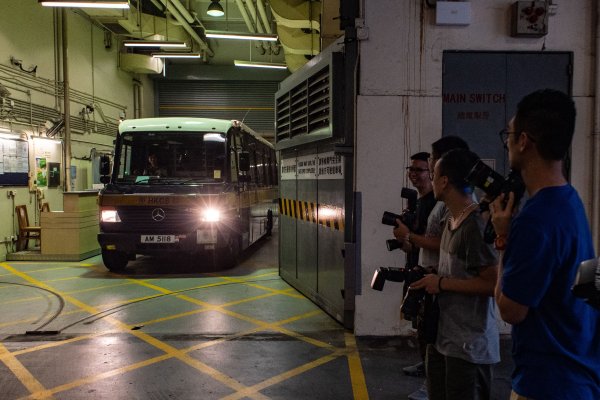