Cody Wilson, the Texas man who gained a national profile for his legal fight over 3D-printed guns, is facing sexual assault charges after he allegedly had sex with an underage girl he met on sugardaddymeet.com, authorities said.

According to an arrest affidavit filed Wednesday, Wilson is charged with sexual assault of a minor. The affidavit said that on Aug. 22, Austin police received a call from a girl under age 17 who said she had sex with Wilson, 30, and was paid $500.

Wilson rose to prominence during his three-year legal battle with the federal government over publishing the blueprints for 3D-printed guns. Wilson, founder of Defense Distributed, sued the government in 2015, alleging that officials were violating his First Amendment right to free speech for blocking him from distributing the plans. In June, the State Department unexpectedly ended its legal battle with Wilson. However, the fight over 3D-printed guns is still ongoing and President Trump weighed in on the issue.

According to legal documents, Wilson’s accuser told Child Protection Services that she created an online profile on the website sugardaddymeet.com and exchanged messages with someone with the screen name “Sanjuro” and began texting. Over text, “Sunjuro” identified himself as Cody Wilson and said he was a “big deal.” The girl told authorities she didn’t know who Wilson was and read news articles about him to learn more, the affidavit said.

She also told detectives that she exchanged explicit images with Wilson over text message, according to the affidavit. Police were able to match Wilson’s Texas drivers license image to his profile photo on sugardaddymeet.com, authorities said.

The girl said she met Wilson in person on Aug. 15 at an Austin coffee shop. According to the affidavit, police reviewed security footage at the coffee shop that showed the two leaving together in Wilson’s black Ford Edge, which was registered to his nonprofit, Defense Distributed.

The girl told police the two travelled to a hotel, where they had sex, according to the arrest affidavit. She said Wilson then gave her five $100 bills. Police were able to confirm Wilson and the girl were at the hotel through surveillance footage of the hotel’s valet surveillance camera, the affidavit said.

Wilson had not been booked into the Travis County jail as of Wednesday morning. A message left with Wilson’s lawyer was not immediately returned Wednesday. 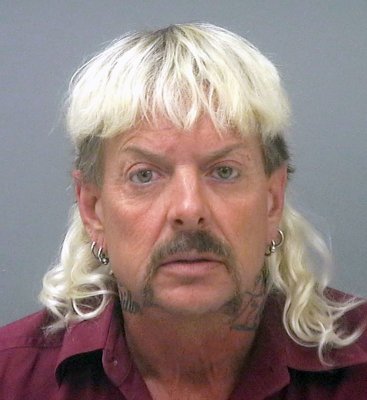 Oklahoma Zookeeper Indicted for Alleged Murder-for-Hire
Next Up: Editor's Pick