McDonald’s employees in cities across the U.S. launched #MeToo-inspired protests on Tuesday against workplace sexual harassment at the fast-food company, Agence France-Presse reports.

Organized by a union called Fight for $15, an advocacy union for fast-food workers, the one-day strike unfolded in 10 cities — Chicago, Kansas City, Miami, Milwaukee, New Orleans, Orlando, Los Angeles, San Francisco, Saint Louis, and Durham — with the goal of instituting stronger protections for workers at the chain’s 14,000 stores across the U.S.

“Today, thousands of workers across the country have stepped out of the shadows and onto the picket lines,” said Chicago community organizer Karla Altmayer, according to AFP. “We can no longer accept that one out of two workers experience workplace sexual violence under their watch,” she said in reference to McDonald’s.

Demonstrations ran the gamut from silent protests with mouths taped shut to women brandishing signs and chanting. Protestors are hoping to establish a committee that will take serious action in addressing incidents like groping and propositions for sex.

Read more: The Silence Breakers Are TIME’s Person of the Year

“When you feel that your livelihood is threatened, and you feel like you can’t bring home a paycheck, it can be really scary,” restaurant worker Ali Baker told AFP in Chicago.

McDonald’s said in a statement that it had “strong policies, procedures and training in place” to prevent sexual harassment, and that it had engaged prevention and response experts “to evolve our policies so everyone who works at McDonald’s does so in a secure environment every day.”

The protests caught the attention of high-profile figures including Vermont Senator Bernie Sanders, who voiced his support for the campaign in a tweet.

The strike marks a growing awareness of workplace sexual harassment among blue-collar workplaces, where employees can be more vulnerable than some of the higher-profile cases in Washington and Hollywood. Recently, female workers at Ford sued the auto-maker for harassment at two of its Chicago plants, which it apologized for in December. 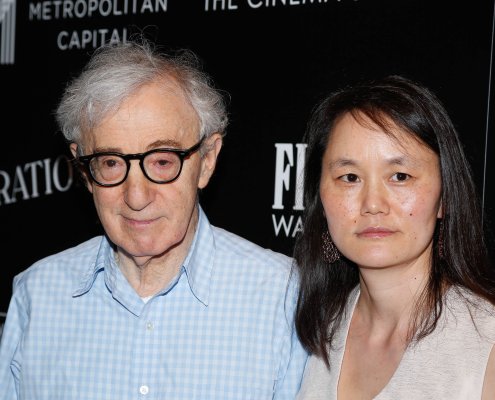