Authorities in the Mexican city of Guadalajara have resorted to storing corpses in a refrigerated trailer as the country’s spiraling drug war fills up its morgues, but residents are outraged as the stench of bodies permeates their neighborhoods.

As many as 157 corpses are being stored in a mobile morgue that has been bouncing around the city’s suburbs for more than a week, the BBC reports.

Authorities in the western state of Jalisco, where Guadalajara is located, are scrambling to find a storage solution because Mexican law prohibits cremating corpses associated with violent crimes.

Luis Octavio Cotero, the former chief of Jalisco’s forensic unit, said officials “ran out of cemetery plots where we could bury them,” according to the BBC.

State officials ultimately hope to establish a temporary cemetery to hold up to 800 unclaimed bodies, the Associated Press reports.

Residents have complained about the stench emanating from the trailer, which was relocated from a suburban warehouse over the weekend.

“We don’t want it here. They need to put it somewhere else, it stinks,” said resident José Luis Tovar, according to the BBC.

Read more: Mexico Is Suffering Its Bloodiest Year in Modern History. Here’s Why

Jalisco’s state governor responded by firing former forensics chief Cotero for “negligence” in handling the bodies, AP reports. But Cortero said Tuesday that the crisis was foreseeable: he warned prosecutors two years ago that state mortuaries would be unable to cope with the rising tide of violence.

Mexico has been wracked by drug cartel-related violence in recent months, recording 29,000 homicides in 2017, the country’s highest tally since it began record-keeping in 1997.

It could get worse: officials have already recorded more than 16,000 homicides in 2018, according to AP, a 16% increase on last year’s record. 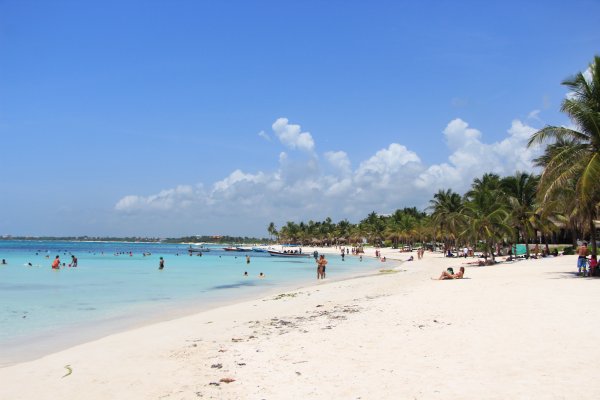 Mexico Travel Warning Issued After Bodies Were Found in a Taxi, a Hammock and Bags
Next Up: Editor's Pick