The International Criminal Court’s chief prosecutor announced on Tuesday the start of a preliminary examination into the recent expulsion of hundreds of thousands of Rohingya Muslims from Myanmar to Bangladesh.

The announcement comes a day after U.N. investigators accused the Myanmar military of committing atrocities against the Rohingya and other ethnic minorities and calling for Myanmar’s top generals to be charged with genocide.

“I have decided to proceed to the next phase of the process and to carry out a full-fledged preliminary examination of the situation at hand,” ICC prosecutor Fatou Bensouda said in a statement. “This is the least that we owe to the victims.”

More than 700,000 Rohingya, a persecuted and mostly stateless Muslim minority from Myanmar’s western Rakhine state, have fled over the border into Bangladesh since August last year. Following attacks by Rohingya militants on security outposts, the military launched a brutal crackdown that refugees described as a campaign of arson, rape and murder.

Read more: Rohingya Refugees ‘Stand on the Precipice of More Tragedy’ One Year After Brutal Crackdown

In a landmark ruling earlier this month, the Hague-based court determined that it has legal jurisdiction to investigate the Rohingya’s forced expulsion, opening the door to possible prosecutions. While Myanmar is not a signatory to the Rome Statute, Bangladesh is, and “the ICC may exercise jurisdiction over conduct to the extent it partly occurred on the territory of Bangladesh,” Bensouda said Tuesday.

Myanmar has previously dismissed the ICC’s claim to jurisdiction as “meritless.”

A “preliminary examination” is not a full criminal investigation, Bensouda said Tuesday, but it “may take into account a number of alleged coercive acts” including killings, sexual violence and enforced disappearances. 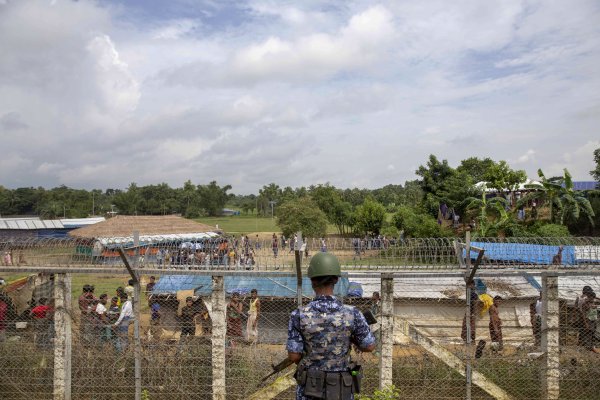 U.N. Investigators Renew Call for Genocide Probe in Myanmar
Next Up: Editor's Pick