This Is Pretty Clever, Lenovo

I’m not going to do a big post on Lenovo’s ThinkPad 8. It’s a nice-looking little Windows 8.1 tablet, a bit on the chunky side, but with an impressive 8.3-inch 1920-by-1200 resolution display. I just want to point out a bit of smart design in Lenovo’s optional “QuickShot” cover, which snaps onto the tablet magnetically and serves as a stand and screen protector.

You’ve probably seen some iPad users awkwardly holding their Smart Covers out to the side while trying to take a shot. Lenovo realized that it’s annoying to use rear-facing tablet cameras when there’s a cover attached.

The QuickShot cover solves the problem by letting users dog-ear the corner to expose the rear camera. Doing so causes the Windows camera app to launch automatically, while the flap stays folded by magnet. Folding the QuickShot cover closed again exits the camera app before shutting off the screen. Sometimes it’s the little things that are the most impressive.

Lenovo’s ThinkPad 8 is launching later this month, with a base price of $399. 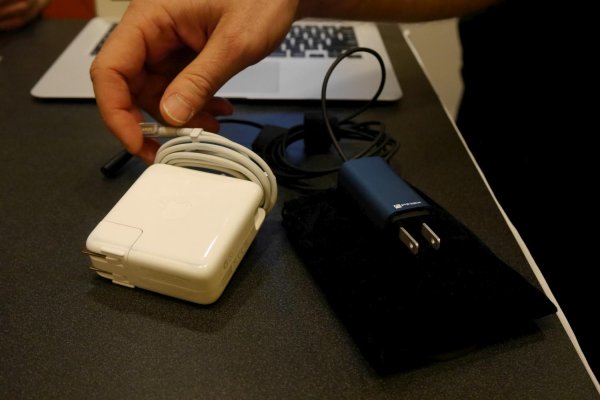 New Laptop Charger Fits in Your Pocket, Has Apple Acquisition Written All Over It
Next Up: Editor's Pick