SpaceX announced Monday that billionaire Japanese entrepreneur Yusaku Maezawa will become the aerospace company’s first private passenger on a voyage around the moon, taking another major step in the race to commercialize space travel.

Maezawa, who founded Japan’s largest online fashion retailer Zozotown, hopes to venture to the moon and back aboard the Big Falcon Rocket as early as 2023 on a mission he said is meant to inspire artists.

Maezawa, who at 42 is also a major art collector, will invite six to eight artists from a variety of fields on the week-long trip to inspire future works of art.

“These artists will be asked to create something after they return to Earth, and these masterpieces will inspire the dreamer within all of us,” said Maezawa.

“What if Picasso had gone to the Moon? Or Andy Warhol or Michael Jackson or John Lennon?” he asked at the event. “What about Coco Chanel? These are all artists that I adore.”

A new website for the mission, which is called “Dear Moon,” was launched in conjunction with the announcement.

It is not clear how much Maezawa, who according to Forbes has a net worth of $3 billion, paid for the trip. Last year, he reportedly bought a 1982 painting by Jean-Michael Basquiat for $110.5 million.

The invited artists will take the trip for free.

In February, SpaceX captivated the world with the launch of its Falcon Heavy Rocket, the most powerful operational rocket in the world.

Maezawa will be the first person to go to the moon since the U.S. Apollo missions ended in 1972. 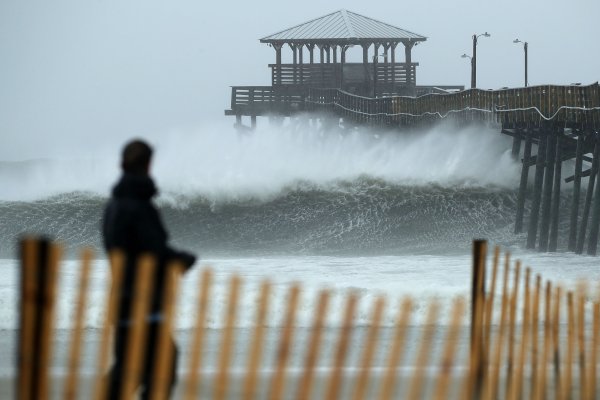 Hurricane Florence Is Exposing Major Problems With How We Categorize Storms
Next Up: Editor's Pick