These Are the Four Big Personality Types, According to Science

Personality tests are beloved by high school guidance counselors and self-help book authors — but less so by many scientists. There’s controversy among them over whether clear-cut personality types exist at all.

A large new study published in Nature Human Behavior, however, provides evidence for the existence of at least four personality types: average, reserved, self-centered and role model. Each one is based on the extent to which people display five different major character traits, including neuroticism, extraversion, openness, agreeableness and conscientiousness.

“It seemed like personality traits were very well-accepted and established in psychometrics, but personality types were not,” says study co-author Luis Amaral, a professor of chemical and biological engineering at Northwestern University. “I just wondered, could it be that the reason why people haven’t been able to establish personality types was there wasn’t enough data?”

To answer this question, Amaral and postdoctoral fellow Martin Gerlach sifted through 1.5 million responses to four different personality surveys from quiz-takers of all ages from around the world. The pair used an algorithm to sort the responses into different clusters and uncovered four personality types that appeared across all four survey datasets with disproportionate frequency.

Most people, Gerlach says, will track closest to the average personality type, which is fairly agreeable and conscientious, quite extraverted and neurotic but not terribly open. Meanwhile, self-centered types score below-average on openness, agreeableness and conscientiousness, but high on extraversion. Reserved individuals are fairly stable in all domains except for openness and neuroticism, in which they’re relatively low. Role models, finally, have high levels of extraversion, agreeableness and conscientiousness, and comparably low levels of neuroticism.

These clusters kept showing up again and again. Northwestern psychology professor William Revelle, a co-author on the paper and a long-time doubter of personality types, was intrigued enough by the results to change his mind. “There are higher densities than you would expect by chance, and that’s what these guys convinced me of,” Revelle says.

He likens the result to looking at a population map of the United States. While people live across the country, it’s easy to spot high-density areas like New York City, Los Angeles and Chicago, which are each home to far more people than, say, Cleveland or Tallahassee.

But just as plenty of people in the U.S. don’t live in New York City, Los Angeles or Chicago, some people won’t fit neatly into one of the four personality types; Revelle says they’re just trait groupings that describe an above-average number of people. Some people may fit one perfectly, while others are more loosely associated with one of the camps. (“If you’re in D.C., you’re closer to New York than you are to Chicago,” Revelle says.) Some people may not fit into any of them.

In fact, Gerlach says it’s not possible to say exactly how many people fit squarely within each category, because drawing hard boundaries around them is both difficult and somewhat arbitrary. Plus, people’s traits may change as they age. A disproportionate number of young people, for example, fit into the self-centered category, while more older people and women fall into the role model group.

“People are developing,” Amaral says. “People keep getting better integrated into society, acquiring traits that are more sociable over age.”

While the researchers’ findings add a dose of science to the study of personality, they say more research will be required to turn the results into anything that will be useful to regular people, like personality quizzes that could be used by employers, mental health professionals or even dating services. Interested people can contribute to ongoing research by taking a personality quiz online, after which they’ll receive trait feedback from the researchers — which Revelle says may be even more useful than knowing your personality type.

“Knowing how far north or how far east you live is useful,” he says. “More useful than saying what city you live in.”

The Northwestern team’s research isn’t the only recent addition to the personality field. Just last month, researchers from North Carolina State University developed a new personality test based on people’s rapid reactions to questions about the same five big personality traits. They’ve even developed a service, called PerSight Assessments, that they say can be used by employers who are looking to learn more about new hires. 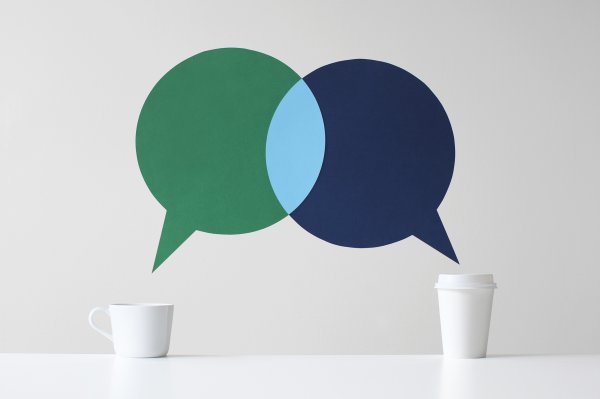 People Like You More Than You Think, a New Study Suggests
Next Up: Editor's Pick