Serena Williams has maintained that she did not receive coaching in the U.S. Open women’s singles final in her first public comments since the post-match press conference.

In a forthcoming interview with Australian talk show The Project, the tennis superstar refuted comments that her coach, Patrick Mouratoglou, made about gesturing to her from the stands during her matchup with Japan’s Naomi Osaka.

“We all know that all the coaches coach at every match, all year long,” Mouratoglou said. “So this is the rule. Then there is the psychology the chair umpire is supposed to have. Tell Serena, ‘I’ve seen your coach do a movement, stop, otherwise you’ll have a warning.’ I don’t understand why he didn’t do that.”

Chair umpire Carlos Ramos issued Williams a code violation when he spotted Mouratoglou making a hand gesture toward her. This led to an argument between Williams and Ramos that escalated throughout the final. “I don’t cheat to win, I’d rather lose,” Williams was heard telling him.

“He [Mouratoglou] said he made a motion,” Williams says in a clip from the interview. “I don’t understand what he was talking about. We’ve never had signals.”

Williams also reasserted her belief that a gender-based double standard exists in tennis. “I just don’t understand,” Williams told The Project. “If you’re female, you should be able to do even half of what a guy can do.” 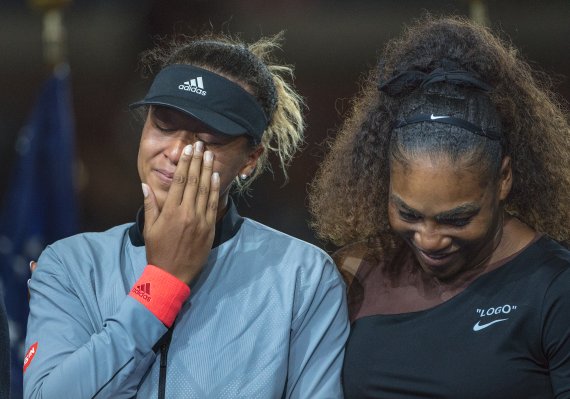 Naomi Osaka Explains What She Was Feeling During That Emotional U.S. Open Trophy Ceremony
Next Up: Editor's Pick