Typhoon Mangkhut continued its deadly march across southern China Monday, steadily losing strength after a cutting a disastrous path across the northern Philippines.

The death toll in the Philippines has been raised to at least 65, while 43 others are missing following landslides and building collapses. The storm has claimed at least four lives in China, according to the Associated Press.

More than 2.4 million people were evacuated across China’s southern Guangdong province in preparation for the deadly storm, AP reports. Mangkhut made landfall near the Chinese city of Taishan at 5:00p.m. Sunday with winds still howling at 100mph.

The typhoon prompted storm surges as high as 10ft. and flooded ground-floor buildings in Shenzhen.

Rescue efforts continued Sunday in the Philippines, which weathered the brunt of Mangkhut’s strength the day before. Many of the losses were suffered in the town of Itogon in the Philippines’ mountainous northern province of Benguet, where 34 villagers died and 36 remained missing Monday. A local mayor estimated that the death toll could climb as high as 100, AP reports.

More than half a million people in the Southeast Asian country were affected by the storm, according to the government. About 291,000 were forced to flee their homes as the storm tore across the island of Luzon, an agricultural area in the archipelago’s far north, with winds gusting up to 158 mph, equivalent to a Category 5 hurricane.

The storm skirted past China’s semi-autonomous city of Hong Kong, where Mangkhut’s renewed winds reached 117mph, rattling skyscrapers, toppling trees, and tearing scaffolding from construction sites. More than 1,500 people sought shelter in temporary government relief centers and 391 were reported injured, according to Hong Kong broadcaster RTHK. But there were no reports of fatalities, and by Monday the city’s transportation services began to grind back to life.

Read more: Here’s What It Looked Like When the Biggest Storm of 2018 Tore Across the Philippines and South China

Flooding was more severe in nearby Macau, where 17 people were reported injured and 20,000 households lost power, according to the South China Morning Post. In anticipation for the storm, the most powerful to hit the Chinese semi-autonomous enclaves in decades, Macau authorities shuttered the gambling hub’s 42 casinos for the first time.

The storm caused severe transportation disruptions, with nearly 900 flights cancelled in Hong Kong on Sunday, stranding tens of thousands of passengers. Flights in Guangzhou and Shenzhen were also cancelled, and regional high-speed train services were suspended, according to AP.

Most Popular on TIME
1
Can You Socialize Safely Indoors This Winter Amid COVID?
2
Why COVID-19 Cases Are Up, but Deaths Aren't
3
Europe's Second Wave of COVID-19 Is Being Driven by Two Countries 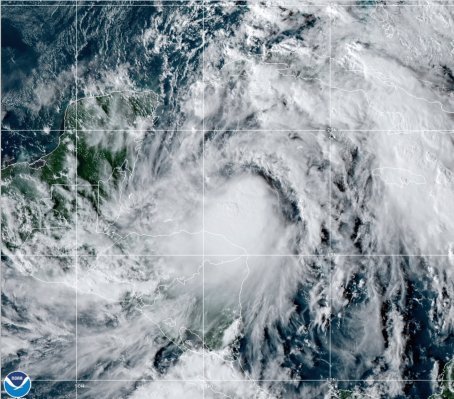