Humans are not the only ones who have had to deal with Tropical Storm Florence.

Since Florence made landfall on the Carolina Coast on Friday morning, many animals have had to flee for their safety, including the Outer Back’s wild horses, typically seen roaming the islands.

The Corolla Wild Horse Fund posted an update on the horses on Facebook, saying the animals are safe and sound and the worst of the storm is over.

“Here on the northern Outer Banks we are breathing a sigh of relief today,” the Horse Fund posted. “As you can see, the horses are doing their normal thing – grazing, socializing and wondering what us crazy humans are all worked up over.”

The Outer Banks still face coastal flooding over the weekend but conditions are expected to settle in the upcoming days.

“We will keep posting updates throughout the weekend, but please rest a little easier knowing the horses in Corolla were spared the brunt of the storm.”

Elsewhere in Horry County, S.C., a gator was caught on camera making a break for it in the Osprey Cove. The video was posted by Tracie Byrd who can be heard laughing as the gator casually crosses the street during the storm.

One family of deer had a difficult time in with the flooded terrain. A video of them crossing deep water went around the internet during the storm.

Animals were turned around both on land and in the sea. Charleston Live 5 reporter Alissa Holmes posted footage of a baby octopus. She tweeted “It’s not everyday you see a baby octopus.” 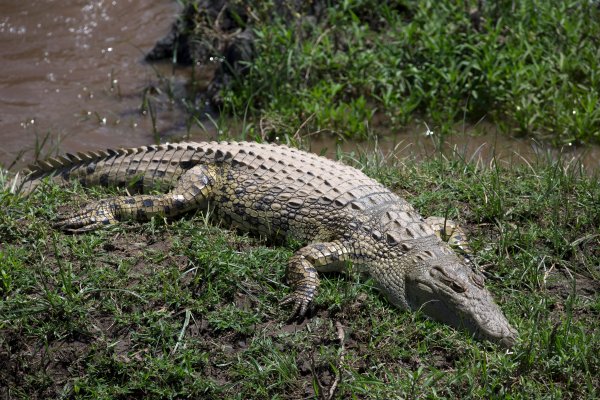 Casual Crocodile Kicks Back with a Pool Noodle
Next Up: Editor's Pick