The Texas State Board of Education voted to remove several historical figures, including Hillary Clinton and Helen Keller, from the state’s social studies curriculum on Friday, reported the Dallas Morning News.

High school students had formerly been required to learn about Clinton as the first woman to become the presidential nominee of a major political party. Keller, an icon in the disabled community who became an activist and author despite being deaf and blind, was taught as a part of the state’s third grade social studies curriculum, reported the Morning News.

The precursory decision doesn’t ban teachers from using the historical figures in class, it only means it is not mandatory. The board called the changes an effort to “streamline” Texas public schools’ curriculum.

Some officials like Democratic Texas state legislator Chris Turner spoke out against the board’s decision.

“If Helen Keller was an important historical figure when I was in school (and she was), then she still is today,” he tweeted. “Clinton is the first and only woman to be the presidential nominee of a major party in U.S. history. Enough said.”

Among other changes, the board also voted to remove Thomas Hobbes and reinserted the Old Testament figure of Moses in a high school government unit on “individuals whose principles of laws and government institutions informed the American founding,” reported the Morning News. The vote also reinserted the phrase “Judeo-Christian (especially biblical law)” in a section on political, philosophical and religious traditions that influenced the founding of the United States.

Friday’s vote was preliminary, and the board will be able to amend the changes before the final vote in November. 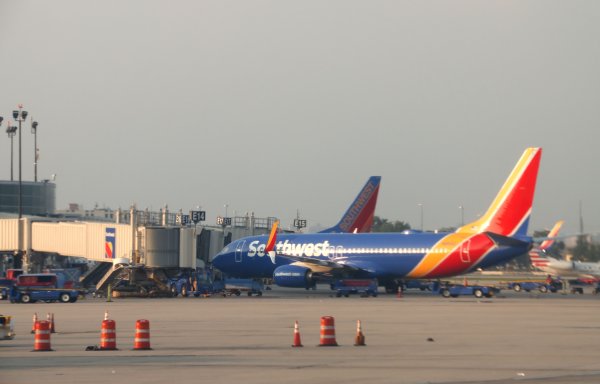 Passengers on 4 Southwest Flights May Have Been Exposed to Measles
Next Up: Editor's Pick